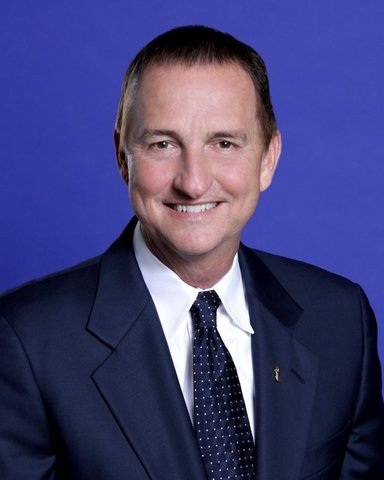 A prominent falsehood taught by counterfeit Christians is that Satan plots against mankind as a loose cannon whom God must contend with and counteract. This teaching creates a convenient scapegoat, while shifting the focus off of man where it squarely belongs.

A woman writes to us, identifying herself as a “poor soul desperately seeking Jesus,” explaining her spiritual journey and present situation:

Hello, I recently stopped being a Jehovah’s Witness.

I have been searching for the Truth in the Bible for years. And understand from the Bible that God seems to have a triune nature it is a little hard to explain. In some verses I read that the Father is higher and Jesus is subject to HIM. And in other verses, sometimes in the same chapter, Jesus is called Jehovah God!

I have been going to this church that used to be Baptist, but later changed a lot of their views and decided to become non denominational and preach that it was not religion but relationship. Me coming out of a controlling and heretic sect like the Jehovah’s Witnesses; I have learned my lesson in the sense that I assist a church until the day they tell me something that is not in the Bible, then I stop going. Because my final authority is the Bible and not men. That is why I left the JWs even though I was born and raised in it and my whole immediate family including my parents are in it and hostel towards me right now.

But the church that I am currently assisting, they are called Christ Fellowship (http://cfmiami.org/). I live in Miami, FL. Well like I was saying. After Jesus revealed to me through the Bible, that He is God; I started assisting here and they tell me that once saved always saved and that all I had to do was do the acceptance prayer. That is not really what I read in the Bible.

Granted, I have not read the whole Bible yet. I am working on it though. But I know that it is the Final Authority of God and when it says I am wrong in a belief I change it.

How do I know I am really saved? Is God expressing Himself in a triune nature? How do I know I have been baptized with the Holy Spirit? If I die right now, and am wrong in many things concerning biblical truths but died my whole life honestly and deligently, almost despretely seeking those truths and abstaining from a life of sin? Am I still saved or do I go to hell?

I really love my Lord Jesus and His Word the Bible. I know that there is no True Church but instead there is one true gospel of Christ and that its that relationship with Him that saves me. I have accepted His sacrifice deep in my heart and have repented of every single wrong doing in my life and turned away from it and am involved in the ministry and the community. I even got baptized again in this church because I wanted to be baptized in the name of Jesus not the watchtower org. or any for that matter.

Who are you guys and what church do you belong to? You never reveal yourselves,or say who you are. You can email me back or even call me. my phone number is …. I would love someone deeply knowledgeable in the WORD OF GOD to explain all these things to me.

What I fear more then death; is to die in my wrongness and drag along those with me.

Thank you and God bless.

You ask of us: “Who are you guys and what church do you belong to? You never reveal yourselves, or say who you are.”

Your question and statement remind me of what Paul wrote about himself and his co-workers: “…as unknown and yet well known” (2 Corinthians 6:9 MKJV).

On our website we’re very clear about our relationship with the Lord Jesus Christ as the One Who has taken charge of our lives and provided us with our teachings. We talk about how the Lord has Personally led us out of all religion and religiosity to worship Him in spirit and in truth.

These things, however, are incomprehensible to the carnal mind. As with all truth, the work of God can only be understood by revelation through His Living Word – Jesus Christ.

How much have you red on our site? Try these writings for starters, about the true and false gatherings of God:

Also, for more about us, Ingrid, read Our Testimonies and wHaT tHe LoRd HaS dOnE wItH mE.

God’s servants are concealed from the world:

“For you are dead: and your life is hid with Christ in God” (Colossians 3:3 DRB).

When you see us, not after the flesh, but in reality, you’re seeing Jesus Christ, because our lives are hid in Him.

Is the Bible the final authority of God, as you say, or is Jesus Christ, Who opens our understanding of the Bible? Read Diabolical Doctrine: The Bible Is the Ultimate Authority and the suggested links.

I listened to a sermon by the pastor of your church, Rick Blackwood, describing what led up to the flood in Genesis 6. It was one lie after another, full of contradiction to the Word of God and utter nonsense. To begin with, Rick claims that angelic beings are the “sons of God” who took wives of the daughters of men, because only angels are referred to as sons of God in the Old Testament.

What do the Scriptures say about this?

“And he did not speak this of himself, but being high priest that year, he prophesied that Jesus should die for the nation; and not for that nation only, but also that He should gather together in one the children of God who were scattered abroad” (John 11:51-52 MKJV).

But Rick doesn’t heed Biblical truth, going on to blame the flood on Satan and his women-courting fallen angels:

“You see, the Genesis flood was not that God got mad at the human race because they were wicked and He decided to wipe them out. If that were the case He would be wiping us out all the time, because sinful men are always sinful, always wicked. That was not the case. No. The flood was a drastic response, listen to this, to a Satanic plot. It was a Satanic plot that was aimed at the entire human race, with the goal to distort the human race that God had created.”

Rick claims that Satan hatched a devious plot to make a race of people God couldn’t redeem, because as the spawn of angels, they were no longer made in His image. The upshot of this crackpot theory is that God wasn’t being drastic by destroying sinners in the flood, but was saving mankind from becoming Satan’s unsavable hybrid creation. The Devil is the fall guy in Rick’s scenario, which lets you off the hook for your responsibility as a human sinner.

There is so much that could be said about this error. It is so contrary to what the Scriptures say, which never blame Satan for man’s woes, but always put the onus for destruction where it belongs, on man:

And Noah’s day, even with its super-threatening crossbred humanoids (tongue-in-cheek), compares favorably to ours because men have become worse. Now comes a cleansing of house that will be much more thorough and, note, aimed at men:

2 Peter 3:3-7 EMTV
(3) Knowing this first: that mockers will come in the last days, walking according to their own lusts,
(4) and saying, “Where is the promise of His coming? For since the fathers died, all things continue as from the beginning of creation.”
(5) For this they willingly forget: that by the Word of God the heavens were of old, and the earth, consisting out of water and through water,
(6) by which the world at that time perished, being flooded by water;
(7) but the present heavens and earth, having been stored up by His Word, are being reserved for fire until the day of judgment and destruction of ungodly men.

Rick Blackwood puts himself above God by interpreting His Word according to his own corrupt thinking and ways, adding to and subtracting from what God has said. And what does God say about that?

“For I testify together to everyone who hears the words of the prophecy of this book: If anyone adds to these things, God will add on him the plagues that have been written in this book. And if anyone takes away from the words of the book of this prophecy, God will take away his part out of the Book of Life, and out of the Holy City, and from the things which have been written in this book” (Revelation 22:18-19 MKJV).

You can’t be taught in God’s commandments and ways by those who add to His words, and if you aren’t taught in His ways, you can’t love and know God.

“He who has My commandments and keeps them, he it is who loves Me. And he who loves Me shall be loved by My Father, and I will love him and will reveal Myself to him” (John 14:21 MKJV).

So that’s where you are now, Ingrid, in the works of men, the paths of the destroyer. You jumped out of the frying pan of the Jehovah’s Witnesses into the fire of false Christianity. And the Bible won’t save you from it; only faith in Jesus Christ and obedience to Him will save you.

You don’t need to worry yourself with trying to figure out God by trying to understand the diabolical doctrines of men (Diabolical Doctrine: The Trinity – God Is Three Persons), a vexing exercise that doesn’t help you and doesn’t please Him. All you need do is believe the Lord Jesus Christ. “This is the work of God, that you believe on Him Whom [the Father] has sent” (John 6:29 MKJV).

If you want to know more about Who He is, read: Jesus Christ Is God. As God has revealed to you – Jesus Christ is He. Believe Him.

You ask about salvation and having things explained to you. Keep reading on our site, because you have learned many false doctrines from men that require cleansing by the Truth from the Scriptures and time to unlearn. The Truth of God washes away the error of men. The Lord has generously provided the Truth at our site for all who seek Him.

Take your time and deal with what’s on your plate for today, giving thanks for His provision rather than getting anxious about what lies ahead. The Lord is your Savior now, if you believe Him. You’re here only because He has called you. He hasn’t called you whimsically.

Here are other writings about God’s work of salvation in Christ:

Start with the things we’ve given you in this letter and we’ll take it from there, as the Lord leads. He’s in charge all the way, and always has been. That’s the central fact of our existence, giving comfort to all those who believe.

For more on the devilish falsehoods of counterfeit Christianity as represented by Rick Blackwood and so many others, see Diabolical Doctrines. And for more about Satan and mankind in light of God’s plan to redeem all through Christ, read The Origin and Identity of Satan and Satan’s Redemption.