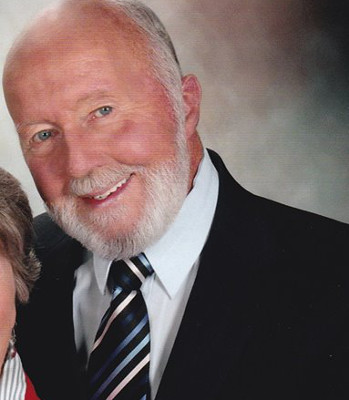 Gary Amirault (correspondent in our last series, Public Promoters of Falsehood Confronted Publicly) replied by sending us an article from J. Preston Eby. Quotes from the article appear in Victor’s reply. Gary also gave us this comment with the article:

I think you two would have much more success if you took a real long look at how you operate. This article might shed some light on what I’m talking about.

Gary, I would like to respond to this article you sent us for our instruction. I will take portions from it and comment.

Eby writes: “The only strategy that will be victorious in the warfare against social and other problems is an offensive directed not against a nation, or a system, but against the human heart! The point of attack is the state of being of man himself. The objective of attack is the conversion and transformation of man with the law of God written in his heart.”

We wholeheartedly agree. I don’t see that we need to comment further because I would use those same words. Our ministry in Christ is doing exactly that, with the very objective that is expressed here.

Eby writes: “The reason the ‘word’ of God has bound and killed more people spiritually than it has helped is because it has been legislated outwardly. Men make godliness a law rather than a life.”

And we say “Amen” to that as well, recognizing the quotations on “word.” In other words, it is not the Word of God being preached but men’s versions of the Word of God. However, the Law of God does kill, as Paul said it did to him:

“For I was alive without the law once. But when the commandment came, sin revived and I died. And the commandment, which was to life, was found to be death to me” (Romans 7:9-10).

Is that bad? Not at all! That is the purpose of the letter of the Law of God. Paul goes on to say:

“So indeed the Law is holy, and the commandment is holy and just and good. Then has that which is good become death to me? Let it not be! But sin, that it might appear to be sin, working death in me by that which is good; in order that sin might become exceedingly sinful by the commandment. For we know that the law is spiritual, but I am carnal, sold under sin” (Romans 7:12-14).

Paul had to know he was carnal, sold under sin. All need to know this at some point. The only way they can know is by the Law. They must hear the Law, and find themselves unsuccessful in fulfilling it, thus dying. The death is a perfectly necessary part of the process. Why else did God give the Law to Israel and expect them to obey, under penalty if failing to do so? Is He unjust? No. He knows what He is doing, and by His grace, so do we.

Of course, the vast majority of men do not realize that the keeping of the law is not the end in itself, and they teach accordingly. We are not of those who think that way, as you suppose.

Eby writes: “Christian ministers of the grace of God LEGISLATING THE LAW! What an enigma! What a travesty!”

Eby jumbles several issues here in confusion, by a poor choice of words, if not by lack of understanding. Grace was in the old covenant with the law, and the law is in the new covenant with grace. Each has its rightful place. Ministers of God minister both law and grace as needed. Those ministering law, in truth, are not “legislating the law,” but are also ministers of the grace of God.

He writes: “Christendom would impose their standard from without, HE WRITES IT WITHIN, AND IMPARTS THE ABILITY TO LIVE IT OUT! That is GRACE!”

Amen! Grace is the ability to keep the law of God through a miraculous, supernatural change of nature. Therefore there is grace, and there is law. Grace comes to reveal the need for law, and law comes to reveal the need for grace. The unlearned and ungodly truly have no respect for either. Law they call despotism, and iniquity they call grace. Gary, you have not appreciated the grace of God, and you despise His law.

Eby writes, as an example of the application of law, a parent teaching a child: “You usually find that you have to instruct them many times before they begin to act according to your instruction” and “She may have to tell them many times and hopefully eventually her law is put into their minds. That is the first step. It must be put into the mind.”

If that is a valid principle (and it is), then why, Gary Amirault, would you criticize us for repeated instruction of the law of God? Do you not contradict yourself? Of course you do! And until people are no longer lawless, the law is needful, that they might be restrained from their evils, as we have instructed you, and that it may serve as a tutor, that they eventually might be delivered from their iniquity (lawlessness) by the grace of God. “But we know that the law is good, if a man use it lawfully” (1 Timothy 1:8). Read, please, Law and Grace.

Eby says: “And that is exactly how the law of God is inscribed in the heart. God sends His Word to us. The Word may come by teaching, preaching, prophecy, reading, studying the scriptures, or by direct revelation of the Holy Spirit.”

So we speak, in righteousness, without apology, though the sons of iniquity hate to hear it. Sons of God love it!

Eby writes, and reveals his lack of understanding and, yes, his lack of relationship with God, when he says: “And Jesus allowed His mind to think it at the level it was spoken to Him. And the mind, being a womb, female, soul, received the seed and it germinated and sprang forth within as a nature. So He thought it not robbery to be equal with God. In other words, as the offspring of God, His Son, He gave Himself to growing up into all the fullness of His Father, conformed to His image, the express image of His person.”

I will gladly receive correction on interpretation of what Eby is saying. What I read, essentially, is that by His own righteousness, by yielding to God’s Word, Jesus matured into the image of God. Eby appears to place the cart before the horse. Jesus was, by nature, the express image of God, not because He gave Himself to it, but because He was it, and simply grew in manifestation of that which He already was.

You Universalists preach grace and then contradict yourselves time and time again by preaching works and self-righteousness. Yet you can do no other because you have never experienced God’s salvation by grace. You have experienced doctrine and knowledge, as right as some of it might be, but your thinking and teaching will always end up in error and under judgment because you do not believe. You have been eating from the Tree of the Knowledge of Good and Evil, with doctrine written outwardly, but the Law of God written in the heart, which can only come from the Tree of Life, you have never known. How then can you speak wisdom and with understanding? You can’t.

Do we condemn you? No. You are already condemned, and because we tell you so, you treat us as those ignorant of God’s ways, and as enemies, even though we speak for your sake. You are full of contradiction, Gary. Your eye is not single. You have an agenda not of God, that being to exalt yourself and not Jesus Christ. Woe to you.

Eby rightly says: “You will no longer know Him in creed or doctrine, in ceremony or ordinance, in gifts and experiences, you will not know Him through anything or anyone outside of yourself. You will know HIM personally, intimately, fully.”

Eby says other interesting things here that will explain more for you, not that you really care: “Jesus did not have to walk along the road and keep muttering to Himself, ‘You shall not, you shall not.’ He did not need to, for He delighted to do the Father’s will. He did not need the law. Sons of God do not need the law because ‘Christ is become the end of the law for righteousness to everyone who believes.’”

We agree. Your problem is that while you think to be in Christ, and a son of God, you therefore expect us to treat you as a son of God. However, we must speak to you as one who must mutter to himself, “Do and do not; I shall and shall not” simply because you need the law. You are still in your sins. Once knowing the law and embracing it, seeking the mercy of God in the knowledge of His holy and righteous law, which you despise in all your being, grace will come to deliver you, and the law will then be fulfilled, according to God’s will for every one of us, every man in his time.

Eby writes: “The carnal external law kept telling us ‘to do’ and ‘not to do’ and we kept doing what we did not want to do; then the law was right there to bring us condemnation.”

If he praises the law of God in this statement, allowing its action to be the necessary work of God in bringing condemnation to effect salvation, then I agree with him. However, judging from all else he is saying, he appears to condemn the necessity and work of the law of God in the present day, along with those who need to speak the law. Grace is not a historical but a personal, experiential matter. So with the law of God (Romans 7:9). Eby appears to not understand that. Neither do you.

You introduced this letter saying: “I think you two would have much more success if you took a real long look at how you operate. This article might shed some light on what I’m talking about.”

What makes you assume we have no success? What kind of success are you meaning? That of pleasing men? Our success is simply to do the will of the Father in Heaven. Whether anyone believes or not does not determine our success. And if we, as faithful servants and sons of God experience success, whose success is it, ours or our Father’s? You preach His ultimate success, that all will be saved, and that solely by the grace of God. Why do you not believe your own doctrine? I will tell you why: You do not believe, even as the Pharisees who said they believed but did not. They resisted the truth and fought the Lord, as do you.

What makes you think we do not recognize “how we operate”? Gary, truly, you need to “take a real long look” at how we operate, and the only way you can do so is to repent. Repenting, you will know whether our works are our own or the work of God.