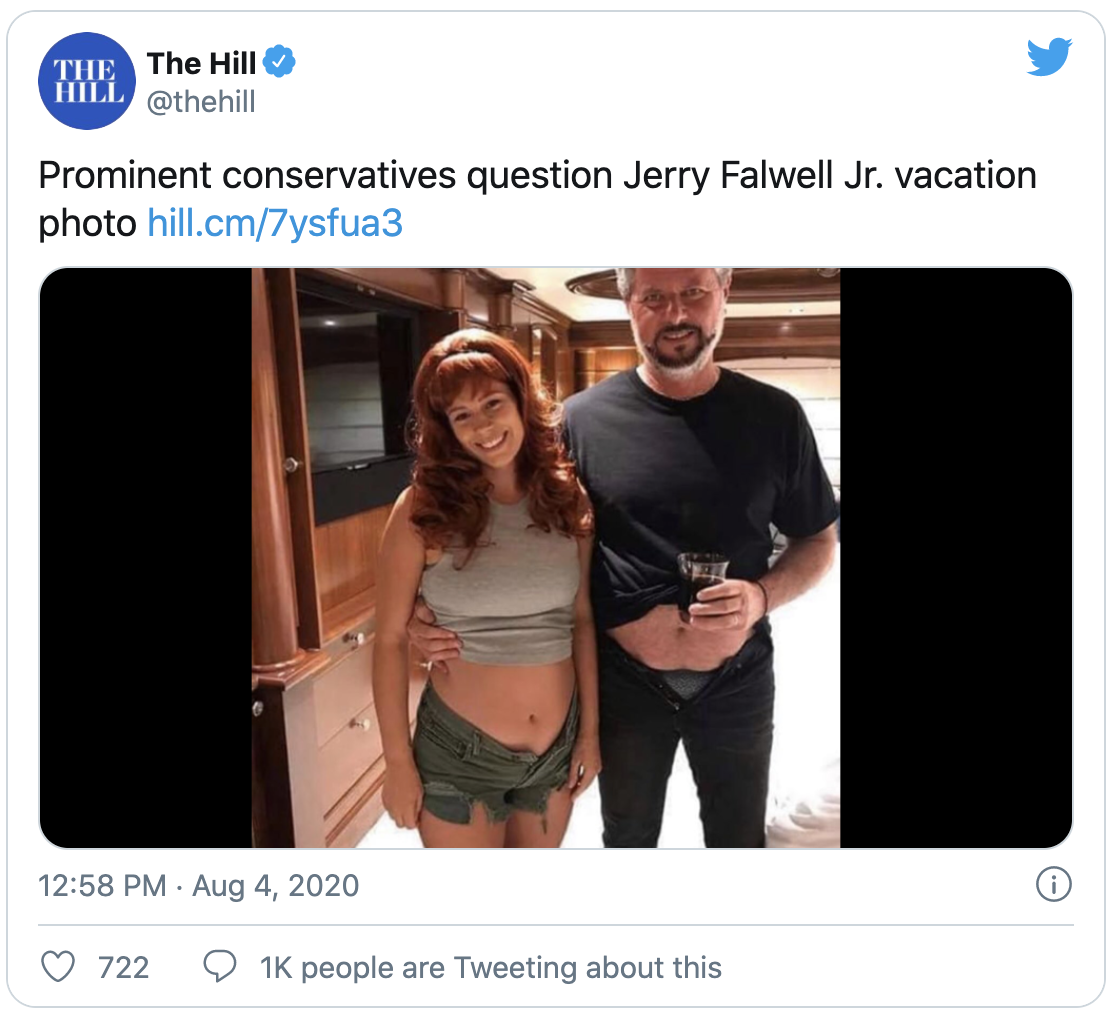 Since the seventies and thereafter, I have preached of Jerry Falwell Sr, among thousands of others, as a false teacher. And Liberty University, which Falwell founded, has been just another corrupt organization from its inception before God presenting itself as Biblical and Christian. The Baptist denomination of which he is a member, is also a false Christian entity, a daughter of the harlot church known in Revelation as “Mystery, Babylon the Great, the mother of harlots and abominations of the earth.”

False teachers are those who presume to teach in their own authority (as did the scribes), often in the Name of the Lord, when He has not sent them. Though they have knowledge of Biblical truths, they are, at best, in delusion, presuming to turn others to the Kingdom of God when, in fact, they are building the corrupt kingdoms of men. At worst, they are deliberate charlatans, seeking to deceive, steal, kill, and destroy, using Biblical truths to do so. Jerry Falwell Jr is of this latter sort.

Falwell’s behavior demonstrates that he isn’t a man of God, or even a believer in the Lord Jesus Christ.

Read Diabolical Doctrines, The True Marks of a Cult and Counterfeit Christianity.