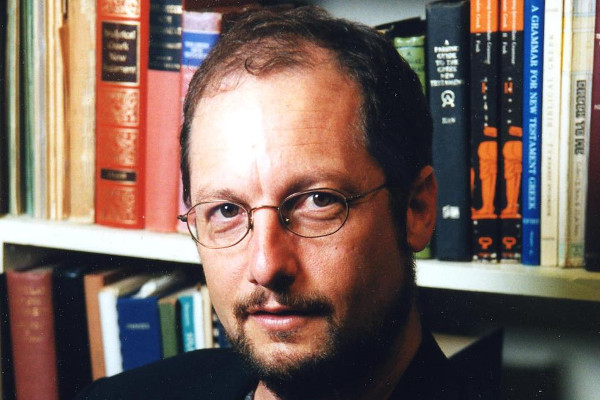 Throwing Away the Bible

Bart Ehrman wrote a bestseller with the sensational title, Misquoting Jesus: The Story Behind Who Changed the Bible and Why. You can relax, though. The Bible is mostly intact with very little corruption. Mr. Ehrman’s problem is that he was once religious and mistook his belief in the Bible for an authentic faith in God. Finding flaws in the Bible destroyed his faith in the letter, which, because it is a false god, is not a bad thing. Only the faith of Jesus Christ, which is personal and firsthand knowledge of God, will prosper one spirit

After hearing an interview with Bart Ehrman, Paul contacted him and sent him an article from our site.

Thanks for your note and your thoughts.

I recently sent you a portion from a writing of brother Victor Hafichuk about the woman caught in adultery. It discussed how those who wish to retain their sins use this story to justify themselves, and how this, among other things, caused Victor to conclude that the story was apocryphal. You acknowledged receipt with a short note (quoted above). Since then Victor has inquired of the Lord Jesus about the teaching, having not been settled on his conclusion. God answered him and corrected his thinking, which is recounted in the following article: The Woman Caught in Adultery.

Please read this article; it has something personal for you. You have not allowed God to express Himself, which has robbed you of much good. You have basically taken the position that God does not exist, or if He does exist, He cannot or does not wish to communicate with His creation. That is not true! He does wish to communicate, and not only that, He has done so and will continue to do so, as He chooses. Victor and I have heard from Him, and we have been personally led and taught by Him for over 60 years combined. This is nothing new; He has been doing this from the beginning. He lives, Bart! He is God.

I see something more about where you went wrong:

When you were converted, you became a believer in the Bible, not God. In your own words:

“…starting with my born-again experience in high school, through my fundamentalist days at Moody, and on through my evangelical days at Wheaton—my faith has been based completely on a certain view of the Bible as the fully inspired, inerrant word of God”

When you found out that the Bible is not perfect according to the letter (and It is not), your god was trashed, and you gave up on it. You went on to throw out the “baby with the bathwater.” You had never received a love of God, the Truth, but had instead trusted in your knowledge that came by the letter, which had failed you. Having your confidence in the letter destroyed, and having none in God to begin with, you were left with nothing.

This had to happen; it was inevitable. All idols and all idolaters will fail. A person can never know God by reading and trusting in the Bible, which is counting on his or her intellect. Jesus said that the Kingdom of God does not come that way, by men’s observations. It is to the babes, not to the wise and understanding of this world, that the revelation of the One Who illuminates the Bible is given. The Bible does not, of Itself, illuminate God, but God illuminates the reader of the Bible to perceive and receive His Word, which is to know and understand His purpose and meaning. We know the Bible because we first know Its Author.

There are multitudes who, believing in the Bible, do not know the Author, and who wrongfully trust in the letter by their own understanding and righteousness. Such remain in the wrongness of their nature, though they are right in declaring that the Bible is truth. Jesus spoke to some of these, telling them that searching the Scriptures was not doing them any good, because the Scriptures point to Him, and they do not believe HIM. That is where you went wrong, Bart. You never knew or believed Him, the living God and Father of spirits. This is not a condemnation, but a fact. Having known the “Jesus” of men, it is destined for you to also know the true Christ of God. Darkness stands no chance against the Light Who lightens every person who comes into the world.

As did Jesus, so also have we, in His Name, spoken to Bible worshippers. Read False Christianity Unmasked and Bible Worship Used by Men to Cover Evil.

You once asked in an article or interview:

God never intended that man should rely on pinpoint accuracy of translation to know Him. It was His deliberate intention that we do not have letter perfect Scriptures. That is how He frustrates the legalistic and self-righteous dependence of man on the external appearance. As I have been telling you, we know Him by the internal and Unseen, His Spirit, understanding what He says from the spiritual realm, though we read imperfectly translated words, or read no words at all. Furthermore, we can know whether something is true or false by our revelation of Him, which is His desire for us, and His way. He leads His people into all truth. That is how we knew about the apocryphal nature of the angel stirring the pool (John 5:4) and the corrupt addition of 1 John 5:7, and that is also how Victor was corrected on John 8.

Another example: When I was a new believer in 1979, some Mormons told me that their book was inspired by God. How are we to know if something is inspired or not? By God! I, being a babe, depended on Him to reveal the Book of Mormon to me, as He had revealed the Bible to me. He did. It is a fraud. Why wouldn’t He do this for me? He comes to bring us into the knowledge of the truth and fellowship with Himself, and lies are not of Him. The person who comes to Him will know the truth, Bible or no Bible.

The relationship of man with God, formed by His will and doing (as with Abraham and Moses, who did not have the written word), is now complete in Jesus Christ, the One of Whom the Scriptures testify. Read Victor’s testimony.

I know these things will profit you. If not now, surely later.

By the grace of God and His revelation in Christ Jesus,

Bart did not reply.