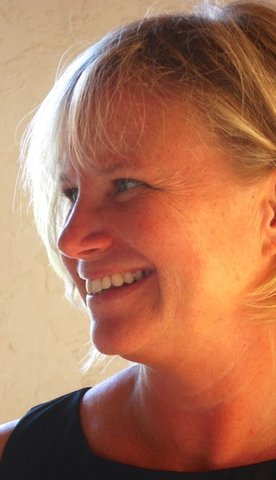 God Is Not “Badass”

Men, in their unregenerate state, don’t recognize their own depravity or God’s righteousness. Indeed, they substitute the former for the latter, making God in their own image and teaching others this perversion on their authority as “reverends.” Taking such a title says it all; who is to be revered, God or man?

Dan writes to us about an article he found on the net: The surprisingly badass birds of the Bible:

I can’t agree with the author on the vulture question. While the Lord made all creatures to serve a good purpose, nowhere is He likened to a vulture. Ezekiel saw the following in his vision of God by the river Chebar. I think the translation of “nesher” as “eagle” is correct.

The Lord is a predator (pre-dater), not a scavenger.

I don’t think the author was referring to The Lord. This is the section I found interesting.

“When God reminds Moses how He bore the Israelites on ‘nesher’s’ wings, and when the prophet Isaiah promises that the faithful will rise up with wings like ‘neshers’ — think vulture instead of eagle.

Vultures may be loathsome to the average westerner, but they are some pretty badass creatures.

They are remarkable purifying machines. They take care of rotting remains that could otherwise spread diseases. They have uniquely strong digestive juices that kill bacteria and nasty pathogens.”

What I see in this is a reference to true followers. Maybe I’m way off base?

I was writing this letter just as your reply came in to Paul’s reply on this article on “badass” birds. You don’t think the author was referring to the Lord. However, here’s an excerpt from the article, which persuades me to believe otherwise (emphasis mine):

“The Hebrew word ‘nesher’ is often translated in English versions of the Bible as eagle, but most scholars agree that ‘griffon vulture’ is at least an alternate, if not a more fitting, translation.

When God reminds Moses how He bore the Israelites on ‘nesher’s’ wings, and when the prophet Isaiah promises that the faithful will rise up with wings like ‘neshers’ – think vulture instead of eagle.

Vultures may be loathsome to the average westerner, but they are some pretty badass creatures.”

True, vultures can be loathsome to us as “average Westerners,” and maybe we need to get over it, but is the Lord “badass”?

(By the way, can’t “badass” be equated with “loathsome”? What’s the difference, in certain respects? I think the author messed up on those words.)

At the author’s site, I find (emphasis mine):

“[‘Reverend’] Debbie Blue is a founding minister of House of Mercy, a pretty great church in St. Paul, Minnesota. She approaches scripture like a farm wife handles a chicken, carefully but not delicately, thoroughly but not exactly cautiously.”

How about saying it like it is – “without reverence”? The “reverend” with no reverence for the One and Only One To Be Revered or His Word?

Debbie Blue has certainly proven herself so here, having nothing to do with revelation from God and quite brazen in substituting her own understanding. Some interesting thoughts? Perhaps. Are interesting thoughts valid? At times. Are they right? Sometimes, but never when imposed upon, or displacing, God’s truth.

One of the ways we can determine the original meaning or translation of a word is to let that word speak for itself elsewhere in the Bible. Try the passage Paul suggested in Ezekiel 1 for “nesher,” or try this (Strong’s H5404, same word):

“As an eagle stirs up her nest, flutters over her young, spreads abroad her wings, takes them, bears them on her wings: So the LORD alone did lead him, and there was no strange god with him” (Deuteronomy 32:11-12 KJV).

Not sure that vultures act the same way; maybe one of you know.

Speaking of men’s thoughts and the Lord’s, Isaiah prophesies:

Isaiah 55:6-9 MKJV
(6) Seek the LORD while He may be found; call on Him while He is near.
(7) Let the wicked forsake his way, and the unrighteous man his thoughts; and let him return to the LORD, and He will have mercy on him; and to our God, for He will abundantly pardon.
(8) For My thoughts are not your thoughts, nor your ways My ways, says the LORD.
(9) For as the heavens are higher than the earth, so are My ways higher than your ways, and My thoughts than your thoughts.

Taking a casual look at Blue’s site and listening to a sermon she wrote but had another preach, I conclude that the people at this church are intellectual, philosophical children of iniquity, spawn of the prince of this world. If they wish to express false ideas, that’s bad enough, but to express them in the Name of the Lord Jesus Christ? That’s another matter altogether. Speak of Babylonian excrement (something they preached on, calling it “Babylonian Shitstem”). Theirs are particularly “idle words,” for which they will most certainly be called into account (not referring to the word in the title, but all of their speech, including the arrogant spirit).

Having said all that, it is true that vultures “devour death,” as do hyenas, lions, eagles, worms, maggots, and other creatures and organisms. Can it be said that God devours death? He has certainly destroyed it, to be manifest in due time. If He “devours death,” is that the way He does it? I’m reminded of a prophecy I had many years ago (my, those years add up!). When the words came forth, I was quite uneasy with them. Part of the prophecy went thus (see Auto Particle):

“And then can I rest from the horribleness of the sins of the wicked, and from the fury that has welled up to the full within Me, says the Lord. And when I have drunk to the full of the blood of the wicked and eaten of their flesh to the full, for the trespasses they have trespassed against Me and for the iniquities they have committed against Me, then I’ll be at peace and then I’ll be at rest, says the Lord. And I will remember their sins no more.”

Don’t get me wrong: I never thought of God eating dead things when I heard those words. I thought of Him destroying wicked men.

Sabbath peace to all!

Addendum: There are many telltale signs of simulated faith at House of Mercy. See Luther’s Legacy – Unleashing the Man of Sin, The True Marks a Cult, and Diabolical Doctrines.