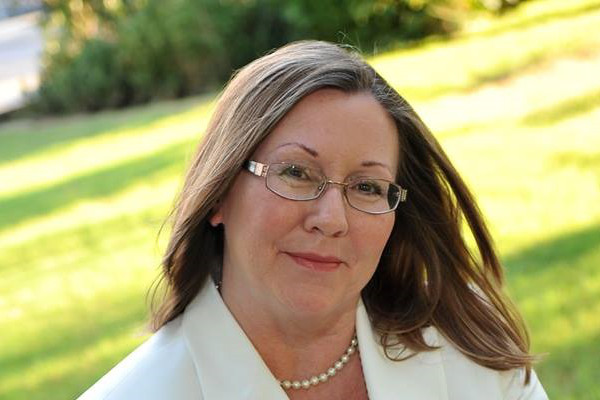 Witchcraft is divination – and many are those today who divine sayings and visions as if they are from God when they’re not. “Have you not seen a false vision and uttered a lying divination, whenever you have said, ‘Declares the LORD,’ although I have not spoken?” (Ezekiel 13:7 ESV) Thus says the Lord to these two witches.

Lydia writes to us:

I was wanting to ask you about 2 people who also have prophetic visions, Glynda Lomax is one of them she runs a site called wings of prophecy and the other one is Maria Cordova who has a youtube website called Prudentheart, She has interpreted the book of Revelation and also claims to have visions and prophesizes and say’s she’s part of the elect. I know it’s possible that both are telling the truth of course. But I was just wondering if you’ve heard of these 2. Maria Cordova is pro Michael Jackson which I found kin of strange and claims that he is one of the falling stars mentioned in the book of Revelation. Any info you have on this would be greatly appreciated.

We never heard of these women before your letter. I took a brief look at their sites (Glynda Lomax, now Linkous: http://wingsofprophecy.blogspot.com/ and Maria Cordova’s Facebook: https://www.facebook.com/PrudentheartYT).

I’m not sure what you mean by “pro Michael Jackson,” but I can tell you that he isn’t one of those falling stars mentioned in the book of Revelation. And Maria Cordova is very wrong about the “rapture,” along with many other things. (See Diabolical Doctrine: Rapture before the Great Tribulation.)

If you read diligently on our site and believe, repenting of all that separates you from the Lord, you will know and learn the truth, Lydia. You will begin to recognize the voice of the Lord. Then you will discern those in error who speak and teach out of their own imaginations and the doctrines of men and devils. (See Diabolical Doctrines and The True Marks of a Cult.)

The apostle John wrote words of instruction for those who believed, so they wouldn’t be led astray from the truth in Christ that was in them because they had received His Spirit:

“These things I have written to you concerning those leading you astray. But the anointing which you received from Him abides in you, and you do not need anyone to teach you. But as His anointing teaches you concerning all things, and is true and no lie, and as He has taught you, abide in Him” (1 John 2:26-27 MKJV).

How do you receive His Spirit? By hearing what He says, believing, repenting, and obeying His Word. We preach His Word at The Path of Truth. (See Repentance, Obedience, and The Baptism in the Holy Spirit.)

Glynda Lomax summarizes her site as, “Prophetic words to lift you up and encourage you to move forward in your walk with Christ.” False prophets speak smooth words that encourage the unregenerate, but true prophets speak boldly and directly to the depravity of sinners, as testified of in the Scriptures.

“Now Enoch, the seventh from Adam, prophesied about these men, saying, ‘Behold, the Lord comes with ten thousands of His saints, to execute judgment against all, and to convict all the ungodly among them about all their ungodly deeds which they have committed impiously, and about all the harsh words which ungodly sinners have spoken against Him’” (Jude 1:14-15 EMTV).

Jesus spoke of the ministry He would give His servants by His Spirit when He returned at Pentecost:

But these false prophets speak smooth words that tickle the ears in order to win people to themselves rather than turning them to the Lord:

Ezekiel 13:10-12 ESV
(10) Precisely because they have misled My people, saying, “Peace,” when there is no peace, and because, when the people build a wall, these prophets smear it with whitewash,
(11) say to those who smear it with whitewash that it shall fall! There will be a deluge of rain, and you, O great hailstones, will fall, and a stormy wind break out.
(12) And when the wall falls, will it not be said to you, “Where is the coating with which you smeared it?”

Judgment isn’t just coming imminently, as these false teachers constantly prophesy (particularly to America and unnamed sinners), but is here now in the sense of present consequences for sin. Not only that, but the Lord is here now. Judgment begins at the House of God and goes from there. He has judged us. What we speak on this site is His judgment. Those who hear and obey are delivered, but those who go on in their ways are destroyed.

Proverbs 1:20-33 MKJV
(20) Wisdom cries outside; she utters her voice in the streets;
(21) she cries in the chief place of gathering, in the openings of the gates; in the city she utters her words, saying,
(22) How long will you love simplicity, simple ones? And will scorners delight in their scorning? And will fools hate knowledge?
(23) Turn at my warning; behold, I will pour out my Spirit to you; I will make my words known to you.
(24) Because I called, and you refused; I stretched out my hand, and no one paid attention;
(25) but you have despised all my advice, and would have none of my warning.
(26) I also will laugh at your trouble; I will mock when your fear comes;
(27) when your fear comes as a wasting away, and your ruin comes like a tempest when trouble and pain come upon you.
(28) Then they shall call upon me, and I will not answer; they shall seek me early, but they shall not find me;
(29) instead they hated knowledge and did not choose the fear of the LORD.
(30) They would have none of my counsel; they despised all my correction,
(31) and they shall eat the fruit of their own way, and be filled with their own desires.
(32) For the turning away of the simple kills them, and the ease of fools destroys them.
(33) But whoever listens to me shall dwell safely, and shall be quiet from fear of evil.

To be clear, we don’t despise or reject prophecies or visions from the Lord or the present operation of any of His gifts. On the contrary, we receive these things with thanksgiving, by His grace. There are many, however, who present the thoughts of their imagination and the inspiration of devils as gifts and directives from God, which they decidedly are not. So is the case of these two witches.

For example, in Maria Cordova’s video, she asks her god why she got ill after having the vision described in the video, which stopped her from publishing the revelations her god had been giving her. The answer she heard: “The prayers of Satan’s servants, against the work you have been chosen to do, are more powerful than the prayers of the saints who desire to know the deeper revelations of My Truth.” Maria goes on to explain by saying, “Because of the lack of prayers of the saints I have become weak and ill.”

Her god depends on the works of men, but the God of Heaven, the Lord Jesus Christ, does as He wills in Heaven and on earth:

“And Jesus came and spoke to them, saying, ‘All authority is given to Me in Heaven and in earth’” (Matthew 28:18 MKJV).

How do you suffer not a witch or wizard to live? You utterly reject their false sayings and ways. “And have no fellowship with the unfruitful works of darkness, but rather reprove them. For it is a shame even to speak of those things which are done by them in secret” (Ephesians 5:11-12 MKJV).