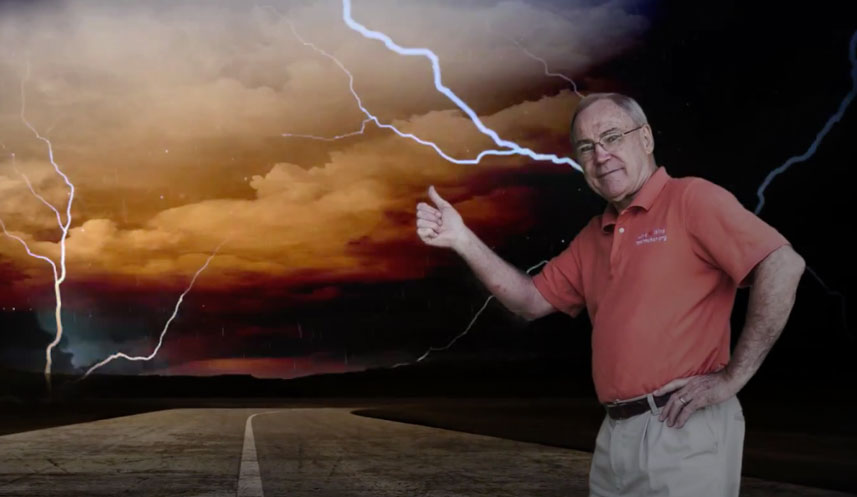 We Are Here To Tell You

Gary dismisses out of hand any straightforward declaration in the Name of the Lord, calling such “arrogant.” How can this be? How can one who relies on the Scriptures for truth, which came through men declaring, “Thus says the Lord,” deny that God speaks to humanity through men? Yet multitudes of religious are snared in this trap.

Paul asked Gary why he wished to unsubscribe after receiving only our introductory letter. We had recently seen Gary’s web site (www.tentmaker.org), which proclaims some true things about God. Here is Gary’s response:

Briefly, I get too much material to read, WAY too much. Secondly, beginning emails to strangers with “We are here to tell you….” tells me a lot more about you than you might care to acknowledge.

I have no problem with your pointing to Jesus as the way truth and life. I know that is true. But your email to me reeks of a spirit of self-righteousness. You will not bring people closer to God, you will drive them away thinking you did God a favor, but you really didn’t.

I spend most of my time evangelizing, pointing people to Jesus. Doing it and reading about it are two entirely different things. I like the doing MUCH better than the reading, so much so that I prefer spending the time I would need to read your stuff actually engaging people who have been kept away from Jesus by the traditions of men and self-righteous Christians. I’m a long way from being totally delivered from my self-righteousness, but I’m much further along than when I was in a typical church. Anyway, gotta go. I’m glad the Lord delivered you out of church. But I got news for you, you can walk out of Babylon, but it’s much harder to get the Babylon out of you. Hope I wrote enough for you to know why. Peace, Gary

Greetings in the Lord Jesus Christ,

Gary, I write these words not as a formality, but as reality. We come to you in the Name of the Lord, Who has given us to speak His words to any and to all that He brings us. That is why and how I can say in my letter the words you quoted, “We are here to tell you….” Those words could only be said in truth if the Lord sends us to speak on His behalf. If that is the case, there is no arrogance or self-righteousness in saying so. Rather, it is an honest and straightforward account, on the record, and clearly the honor is God’s.

Otherwise, if we are speaking our own words, we are pretentious liars, contemptible and wicked to presume we represent God. We either are or are not sent by Him. It is one or the other. It is that simple. We are not coming by stealth, though the Lord does so through us, as He warned and promised.

“Behold, I come as a thief. Blessed is he that watches, and keeps his garments, lest he walk naked, and they see his shame” (Revelation 16:15).

Many do not claim to be sent by God. Therefore, while they may speak some truths, and those truths can be liberating and helpful, they do not represent God with His authority.

“And they were astonished at His doctrine. For He taught them as one who had authority, and not like the scribes” (Mark 1:22).

Perhaps I am mistaken, but you do not claim that God has sent you, do you?

Confusion sets in here because while some do not claim openly to be sent of God, they behave as though their doctrine establishes them as authorities that are unassailable, and accountable to no one. I include church organizations, and those in them, in this category. Yet these entities and individuals (such as yourself) are speaking their opinions (as you do in your letter to me), and that is the reason for hedging, and not coming out with clear statements establishing whether there is a decree from Heaven.

Have not bona fide men of God come, identifying themselves as sent of God?

“Cry aloud, do not spare, lift up your voice like a ram’s horn, and show My people their rebellion, and the house of Jacob their sins” (Isaiah 58:1).

“Then the LORD put forth His hand, and touched my mouth. And the LORD said unto me, Behold, I have put My words in your mouth” (Jeremiah 1:9).

Gary, whether you claim to do so or not, you presume to preach the gospel and represent God when you are quite ignorant of Him, His ways, His Scriptures, and His servants. You are in folly, my friend.

So the previous examples of men who, in truth, proclaimed their commission from God are only from Old Testament times? Try the new:

Here is how Paul, the prime example of one sent by Jesus Christ and set forth in Scripture, speaks:

“Paul, a servant of Jesus Christ, a called apostle, separated to the gospel of God…” (Romans 1:1)

“Paul, an apostle (not from men, nor through man, but through Jesus Christ and God the Father, Who raised Him from the dead)…” (Galatians 1:1)

“Paul, an apostle of Jesus Christ according to the command of God our Savior, and of the Lord Jesus Christ, our hope…” (1 Timothy 1:1)

The same goes for others sent by Christ:

“Simon Peter, a servant and an apostle of Jesus Christ, to those who have obtained like precious faith with us through the righteousness of our God and our Savior Jesus Christ…” (2 Peter 1:1)

“James, a servant of God and of the Lord Jesus Christ, to the twelve tribes in the Dispersion, greeting…” (James 1:1)

John: “A revelation of Jesus Christ, which God gave to Him to declare to His servants things which must shortly come to pass. And He signified it by sending His angel to His servant John, who bore record of the Word of God and of the testimony of Jesus Christ and of all the things that he saw” (Revelation 1:1-2).

All genuine men sent of God have identified themselves (not that charlatans have not presumed to do so). We do not identify ourselves to boast of ourselves but to notify you that by us He speaks. Indeed, we have nothing to boast of, not at all. But His grace has been more than sufficient for our great need. Knowing this, and given the privilege and responsibility to bring it to others, that they may share in this grace, we speak. You do not know what it is you are rejecting, but it is your choice, Gary, and for that choice you will give account. Our paths have not crossed in vain.

No one is sent by God to give his own opinion, or his own interpretation of doctrine. What we are sending in The Issues of Life is the living Word, not man’s opinion, or mere knowledge, whether of good or evil, of which there is no end already. Knowledge puffs up, but the love of God edifies. We have the latter, which you dearly need. You are in no condition to be ministering the gospel to others until you are converted yourself.

Listen to your own words, and consider that perhaps you are not in the place you ought to be:

“I’m a long way from being totally delivered from my self-righteousness….”

That is because you need to be submitted to the Lord Jesus Christ, which you are not. You are submitted to, and trust in, your own works, which are not of God. They are, by very nature, self-righteous works. Continue in them and you will never be delivered from your self-righteousness. The factory that pollutes must be shut down for the pollution to cease.

Who are you to see anything in our eye while a beam confessedly remains in yours? But we have had our beam removed so that we can see clearly to remove the slivers and beams from the eyes of others. Jesus said to do so, has granted us grace to make it happen, and therefore we speak. If that sounds presumptuous and self-righteous to you, it is only because you have never known true deliverance yourself. We have been delivered from our self-righteousness, and from Mystery Babylon (within and without) into a place you know nothing about, yet, concerning that magnificent and powerful woman, you say, “I got news for you.” We have entered into His rest, and have ceased from our own works, according to the promise. With us, it is not a matter of “doing God a favor,” but of obedience to His will. By virtue of the work of God in Christ in our souls we are sent to judge those, such as yourself, who proclaim self-sufficiency, and to guide those who cry out to God into salvation and freedom from the tyranny that binds you, as you confess it does.

Do you not know that self-righteousness comes from the man of sin, who sits on the throne of God, showing himself that he is God (2 Thessalonians 2)?

You do need to read what we have to say, and even more, you need to believe and obey what we say, because it is not we, but God Who sends us, and ministers the Word of Truth by us, as He always has through His servants. Nevertheless, the Word that you have heard already will not return to Him void, for you will surely choose your own way, which is also part of His divine wisdom and judgment for you at this time.

Contending earnestly for the faith once delivered to the saints,