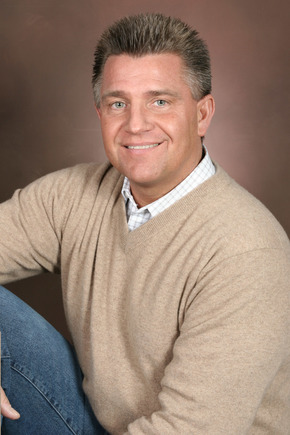 Dividing the Wheat from the Chaff

We received the following unsubscribe letter after Part 1 of How the Lord Exposed Billy Graham:

Paul … You make me absolutely sick! Please remove me from your perverted and devisive email list. I never want to read another thing you write. It must be great to feel you can stand in judgment of others. If you want to talk about the spirit of antichrist, you might want to look in the mirror.

Sam, because I reply to your letter does not mean you are on the email list any longer. You have been removed as requested. However, that does not mean I cannot and will not answer your letter. You are a man in great need, and I, seeing that need, and having the wherewith, will address it by the grace of God.

You call our email divisive. Divisive cannot be assumed to be evil. Jesus said that He came to bring a sword. He made known that He is divisive. Would you call Him evil? Here is what He said:

In another place He said this:

“But when the Son of Man comes in His glory, and all the holy angels with Him, then He shall sit on the throne of His glory. And all nations shall be gathered before Him. And He shall separate them from one another, as a shepherd divides the sheep from the goats” (Matthew 25:31-32).

How are we divisive? You accuse us as if we would or could divide the Body of Christ. But when speaking of Billy Graham and his kin we are speaking of tares, not wheat, and these two, in their time, must be divided one from the other. As the Lord said:

“Let both grow together until the harvest: and in the time of harvest I will say to the reapers, Gather you together first the tares, and bind them in bundles to burn them: but gather the wheat into my barn” (Matthew 13:30).

We are sent by Him to speak so that the wheat will be separated from the tares, of which are Billy Graham and his converts. Those who are the Lord’s will hear His voice, and will come out from them. The tares are bundled together to go into the fire. Your reaction shows not only what you are, but also where you are. You speak and act in the unity of the tares, which God has ordained for purging. Are you not burning even now as you read this?

As for being perverse, of what specific sins are you accusing us? Because we speak the truth that God has given us about a false minister who has transformed himself, as Satan does, into an angel of light? We have given you the evidence (or part of it; you have rejected Part 2 of our series). Where are we in error? We have given you the Scriptures, according to the revelation and evidence the Lord gave to Victor and Marilyn regarding Billy Graham. Where is your evidence? You have a Ph.D. and have nothing to back up your statement? That makes you a common slanderer with a pompous title. Of such, the Lord said this:

“And whosoever shall exalt himself shall be abased…” (Matthew 23:12).

As for judgment, you are quite ignorant of the Scriptures, Sam.

“Know you not that we shall judge angels? How much more things that pertain to this life?” (1 Corinthians 6:3)

“Do not judge according to sight, but judge righteous judgment” (John 7:24).

“Let the saints be joyful in glory: let them sing aloud upon their beds. Let the high praises of God be in their mouth, and a two-edged sword in their hand; To execute vengeance upon the heathen, and punishments upon the people; To bind their kings with chains, and their nobles with fetters of iron; To execute upon them the judgment written: this honor have all His saints. Praise ye the LORD” (Psalms 149:5-9).

Yes, we are very joyful to have this honor. We do indeed praise God.

You call us antiChrist. It is no wonder. How can you, being in league with the religious works of men, and representing the paths of the destroyer (Psalm 17:4), not see us as antagonistic? The Lord said:

“It is enough for the disciple that he is like his Master, and the servant like his Lord. If they have called the Master of the house Beelzebub, how much more those of His household?” (Matthew 10:25)

“They shall put you out of the synagogues: yea, the time comes, that whosoever kills you will think that he does God service” (John 16:2).

You are of those divisive ones, Sam, who act in evil, seeking to suppress the truth. This antagonism has served the mighty purposes of God in forming His Church. Now it is His day to judge you, and how will you stop Him?

Contending for the true faith that once was delivered to the saints, against which stands your counterfeit version, and falls,

What kind of talk is that? Is it befitting a “doctor” to say “you make me sick”? It is often presumed that men become doctors of whatever because their degrees add knowledge and substance to their lives. The fact is that it is usually quite the opposite, as you display here in your reaction.

We have borne witness by relating to you that which God has shown us, with irrefutable evidence. My wife began praying in tongues after having received the Spirit, asked for an interpretation as we are advised by Paul the apostle to do (as he spoke by the Spirit). She received an interpretation that we would be going to England, and then circumstances formed beyond our ability or understanding to fulfill the tongues of prophecy. How do you argue with those facts, doctor?

Furthermore, you have never known a relationship with God to be able to pray and receive answers from Him. We honestly asked about Billy Graham, as I testified, ready to receive a true reply, whatever that might be. The reason I was asking God about Billy Graham was because I sincerely wanted to know if I was on the right path. God had given me that desire to walk in the truth at all costs. God answered, not once, not twice, but several times in several ways. We related that to you as well, with more to come, but you have rejected it. He lives, doctor! He lives!

While you are religious, and sit in a seat of authority and dignity among men and do not neglect to advertise it, being the proud hypocrite, you are as dead as were the doctors, lawyers and scribes of Jesus’ day, who were offended at Him. You would rather receive the praise of men than the praise of God. You would rather glory in that which men esteem highly, rather than identify, “outside the gate,” with the Lord Jesus Christ, Who finds that which men highly esteem to be abominable. “Perverted and divisive”? If you only knew; with all your knowledge and dignity, if you only knew, doctor! You are upset, but you really do not know why. It is time you knew, don’t you think? You have never known the Lord Jesus Christ, have you? You have never experienced repentance.

Try reading Our Testimonies and The True Marks of a Cult. You may learn something valuable for the first time. For starters, you will learn that, before God, you do not have that which you think to have. You cannot escape the truth, Sam.

Upon your request, we hereby unsubscribe you from The Issues of Life.

Earnestly contending for the faith once delivered to the saints and addressing spiritual wickedness in high places, as Enoch prophesied,