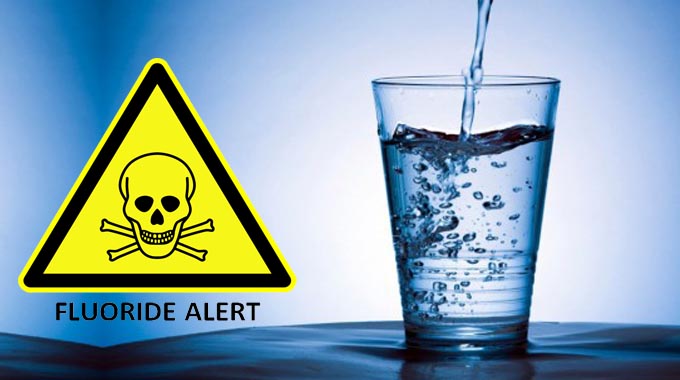 To all those who name the Name of Jesus Christ yet ignore the egregious trespass of artificial fluoridation of public waters.

Be it known I speak in the Name of the Lord Jesus Christ.

In the movement to stop fluoridation, it’s often been advised to be politically correct. In essence, it is said that if the plain truth is told, we will appear extreme and therefore not credible. Thus, some fear we will ruin our chances of changing the minds of city councilors and citizens who might have been persuaded to cease fluoridation.

Indeed, the Scriptures of God declare, “In being slow to anger a ruler is won over, and a soft tongue breaks the bone” (Proverbs 25:15 MKJV). However, it’s time to say what needs to be said. Enough is enough.

Know that I bear no personal enmity against anyone, not the Mayor, any city councilor, medical authority, or any other. But I will tell you all where you stand before God in this issue of fluoridation.

This message is for everyone because everyone is involved. Neutrality doesn’t exist. If you don’t care, you’re in favor of poisoning citizens with one of the most toxic substances on earth – hydrofluorosilicic acid (HFSA). “Those who are not for Me are against Me,” said the Lord, Who was hated for speaking the naked truth to the people and authorities of His day.

This message has come to burn in me and I must speak as I now do. The back-and-forth science and politics have had their day. Debating opinion and voting against the rights of individuals have had theirs.

No more. This is not a matter of majority rule; it is, rather, a clear-cut matter of morality, of ethics, of right and wrong. It is a battle between the unseen forces of good and evil. It is spiritual warfare.

No plebiscite is warranted; indeed, it is a ploy of evil men and a consideration of the naïve. Stopping fluoridation of the water supply is the right and acceptable thing to do. City Council has the right, power, and authority to turn off the fluoride tap at any time. The time has come. You who hold the reins, stop poisoning the people. Stop it now.

Many professionals, with good reason and sound science, have spoken against adding hydrofluorosilicic acid, a very toxic and highly corrosive substance, to our municipal water. Many did not know the consequences of their stance and never imagined the repercussions of their decision, but soon found out.

They have suffered at the hands of mercenary industries profiting from fluoridation, and medical, dental, and governmental authorities that have religiously supported poisoning public waters with HFSA. (Many supporters of fluoridation have been brain-soiled and naïve, to be sure, but they’re responsible, nonetheless.)

The scientists, doctors, and dentists protesting fluoridation endured persecution because, in good conscience, they couldn’t countenance the populace suffering the horrific effects of this terribly noxious waste product, wet-scrubbed from the smokestacks of aluminum and phosphate fertilizer plants. Stringent laws require it to be removed because it destroys the environment, animals, and people near the factories, and they “remove” it straight into the drinking water supply.

Those who deliberately, wittingly poison water will have the greatest price to pay for their wanton disregard for their neighbor. Those who are aware of the toxic effects of HFSA and don’t take a public stand for fear of social, marital, political, religious, financial, and business consequences will also be called into account from above. God is finished winking.

And those who are willingly ignorant of the issue won’t escape God’s judgment. Even as ignorance isn’t permissible in a court of law on earth, so it isn’t permissible in the Highest of courts. When you stand before God, defending yourself with, “I didn’t know,” you will be asked, “Then why did you support it?” Or if you say, “I thought it was good,” then, “Why didn’t you listen to the reason and pleading of those who only asked that you not force them?” None will escape culpability, not one.

Contrary to foolish and mistaken notions, it doesn’t take a scientist or medical doctor to know the truth about the fluoride used in our drinking water. It only takes simple reason and willingness to acknowledge the truth. Instead, people worship their doctors and dentists – they honor the white coat with the titles – and if those authorities say it’s good to take poison, the people believe them. They don’t bother to inform themselves, to verify the medical establishment’s statements, but swallow them whole in worship of men.

Consider this simple question: How is it doctors and dentists will admit they have no right to medicate anyone against their informed consent, yet they put their full weight behind city councils to mass medicate entire populations without diagnosis, without prescription, entirely disregarding the rights and needs of all? How is it they disregard the all-important principle of dosage, as if handing a bottle of pills to someone – anyone – saying, “Take as little or as much as you like; it doesn’t really matter. Share it with your children, too”? Even worse, none can truly gauge how much they’re getting.

Reason screams against such madness. And fluoridation is a wicked madness, no matter how nice its perpetrators and defenders seem to be. The consequences visited upon victims are the same, whether the proponents seem nice or not.

You doctors and dentists, proud white coats, you will all pay for your negligence, your willful ignorance, and for the hurt you cause to many by your presumption, arrogance, and complete disregard of the facts. You will pay dearly, in conscience and in all good things from above. You will not escape.

God is finished winking at your careless and evil ways. He will not excuse your irresponsible posturing and behavior. And He won’t forgive you for being too busy to make informed decisions. He gave you your authority with people, but in ignorantly supporting fluoridation, you abuse your privilege, offending Heaven.

Fluoridation is sin. True science and eminent qualified spokespersons have said so, and you’ve ignored them. Woe to you! It’s wickedness, and God now tells you so. Your political correctness and honoring of those responsible for this aggression won’t win His favor, but incur His wrath instead.

You churches, those professing Jesus Christ’s Name, you’ll pay a greater price than those who profess no faith. You presume to be the salt of the earth, lights shining in darkness, bulwarks against death, Hell, and destruction. Where are your voices, your actions, and your support against fluoridation? Instead, you’re partners of the Devil, who comes to steal, kill, and destroy. Shame!

And you pastors are the worst of all so-called believers. You stand there at your pulpits, looking learned and compassionate, blathering smooth words and practicing political correctness so that you can tickle ears and maintain your hireling privileges. You refuse to take a stand on social and moral issues, though people, including your own congregations, are suffering injustice, loss, disease, and death, ignorantly or otherwise. Your silence and pretentious wisdom and tolerance bear witness against you. The blood of infants, the aged, and the poor cries out against your evildoing and hypocrisy.

Will the battle against fluoridation lose support because I speak too strongly? Does it matter? This battle, I’m persuaded, is not mine, but God’s. What need does He have of man’s agreement or approval? If everyone bows out, it doesn’t matter. I must speak what God has given me to speak.

Wake up, people, to the great evil done by fluoridation. You’ve heard it said, “Live and learn,” but now God says to you, “Learn and live.” Trash your indifference, stubbornness, gullibility, and ignorance. Turn and stand for what’s right. Stop covering your backsides with self-serving agendas, compromises, and pretentious ethics.

Will you succumb to your clients who would refuse to do business with you if you stand openly against what you know is evil? In effect, aren’t they saying to you, “Unless you agree to poison and be poisoned, we won’t do business with you”? Those associates who dictate your morality in supporting evil aren’t justified. Accepting their bribes and preferences, your gain will surely evaporate along with good conscience and peace of mind.

But God is a True Friend to those who do what’s right – guaranteed. So which will you choose? Will you choose the wisdom and counsel of men?

“Let it not be! But let God be true, and every man a liar; as it is written, ‘That You might be justified in Your sayings, and will overcome when You are judged’” (Romans 3:4 MKJV).

Begin to do what’s right and let those who choose to punish you for it go their way.

God bless those who determine to do right, wasting no time in doing it.