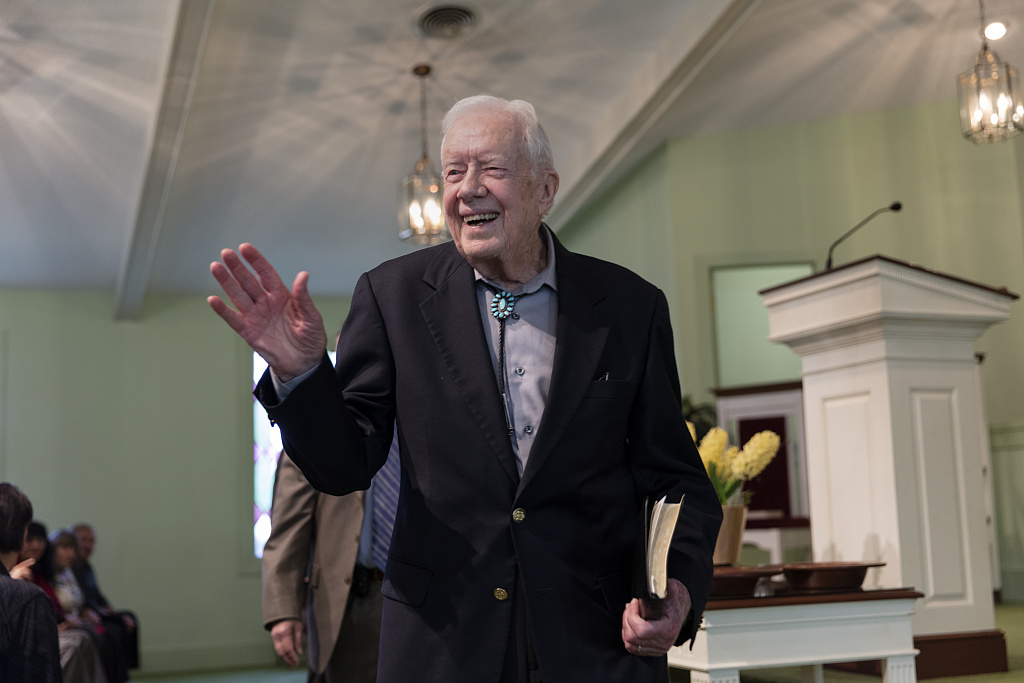 Thousands of years ago, the God of Israel spoke these words by His anointed prophets:

Ezekiel 39:23-29 CEV
(23) Foreign nations will realize that the Israelites were forced to leave their own land because they sinned against Me. I turned My back on My people and let enemies attack and kill them.
(24) Their lives were wicked and corrupt, and they deserved to be punished.
(25) Now I will show mercy to the people of Israel and bring them back from the nations where they are living. They are Jacob’s descendants, so I will bless them and show that I am holy.
(26) They will live safely in their own land, but will be ashamed when they remember their evil ways and how they disgraced Me.
(27) Foreign nations will watch as I take the Israelites from enemy lands and bring them back home, and those nations will see that I am holy.
(28) My people will realize that I, the LORD their God, sent them away as prisoners and now will bring them back to their own land.
(29) Never again will I turn My back on the people of Israel, and My Spirit will live in them. I, the LORD, have spoken.

Nations come and go, but God is ever the same; His people are not forsaken.

How amazing and wonderful it is that in our day, we see the words of Ezekiel and other prophets being fulfilled presently in our very midst. After being scattered for nearly two millennia (some longer), the Jews are returning and will finally be worshipping their God in spirit and in truth.

Is not the Bible the Word and Work of God? How can It be otherwise? What man, nation, kingdom or empire has the power to accurately declare the future of millions of people, a nation, over the span of several millennia and perform it? Men, nations and empires come and go, but God is ever the same; His people are not forsaken after all.

You who are Jews in the flesh, listen to the words of your God. You are responsible for all that has come upon you, even as your own HaShem-anointed prophets, Moses, Isaiah, Jeremiah, Ezekiel and many others, have testified against you. Your time of penalty has come to a close. Now you will see the One you rejected come to your defense in spite of your wickedness, and you will be mercifully changed.

What fools, what great and blind fools there are on earth that they cannot recognize the divine origin, veracity, power, and unavoidable fulfillment of the Scriptures! How amazing that men like Adolph Hitler, Gamal Abdel Nasser, the Ayatollah Khomeini, Saddam Hussein, Osama Bin Laden, Mahmoud Ahmadinejad, Attlee, Bevin, professors Walt and Mearsheimer and multitudes of noted and obscure men over the face of the earth should presumptuously do what they do in ignorance, to their own peril! And there are the Arab nations, Iran and others who, with passion and venom and without reason or knowledge, rise up, rail and war against Israel and their God, just like the Pharaoh of old, who destroyed his own country because God hardened his heart against His people! Wow! These present-day enemies will not prosper any more than did Pharaoh. They are under a curse and will perish, for the Lord God of Israel has said of Abraham’s seed through Isaac and Jacob:

“And I will bless those that bless you and curse the one who curses you. And in you shall all families of the earth be blessed” (Genesis 12:3 MKJV).

This same promise, the Lord God of Israel gave to Jacob and to his seed. What nation has been raised from the ashes after two millennia, in spite of the incessant, horrid, murderous hatred against it, and in spite of its defenseless state all this time? What person or nation presumes to undo God’s work? But you have fulfilled God’s will in chastening His people. Now is it their turn, though they will not deal as wickedly with you as you have with them.

You wish to commune with Israel’s enemies? Your thinking is your undoing.

I have heard it said, “We are Muslims. We do not read the Bible.” Muslims, do you think you have something to be proud of? Do you think it wise to not take the Bible to heart, the Book you hate and condemn because of the “People of the Book” (Jews and Christians)? Do you think you will prevail? Think again! You are deceived, and the Scriptures (the Book) prove and will prove it so to your horrible dismay. You will receive no wine or banquet or virgins for your troubles; your promised afterlife bliss is a concoction of lies moved to destroy you. You will see. Truly, your troubles will only begin and last to the full.

What about you, Joseph “Benedict” Ratzinger and your “Holy Roman Catholic Church”? You are displeased with Israel? You wish to vaunt yourself over it? You would like Jerusalem and the “holy land” for yourself because you think you are holy and have a right to it? You wish to commune with, agree with, and compromise with its enemies? Your thinking is your undoing – think again.

What about you, Jimmy Carter, are you not a bought-and-paid-for prostitute? Who do you think you are fooling? Who do you think you are that you should carry a Bible in your left hand, while blessing those who carry a Koran in their right, defying the veracity of the Scriptures? Are you so greatly ignorant of the Bible’s Author and His will, though you declare His Name to be yours? What of the golden swastika in your right hand, exercising its known influence against Jews? Does not the One Who made the eye to see, see you?

You and your Replacement Theologians have a Pharaohic lesson to learn. You are a wretched and wicked man, Jimmy Carter, and no wonder, seeing God has hardened your heart so. Neither a former nor present president of the United States will escape the consequences of such folly as yours.

What good will your oil and various riches do you in the Day of Judgment?

What about you, Condoleezza Rice, who, along with Jimmy Carter, ignorantly equates Israel’s government and conduct to that of apartheid? I would watch my mouth if I were you and swiftly take stock. Pray, learn and live.

And what about you, President Bush, do you really think you are doing Israel any favors? Do you really think to bring it peace by forcing it to accept entirely unrealistic conditions without true peace, prosperity or security, just for the right to breathe for a brief time?

Or do you know full well you do them no favors but coerce and compromise them for your own pleasure, glory, profit and safety? What are the motives of your advisors? What good will your oil and various riches do you in the Day of Judgment? What good will it do Billy Graham, your self-righteous mentor? What good will it do your country, that part of which defends and supports you in your foolish actions?

Mr. Bush, do you really think you can stand against the Jews, the “Zionists,” and prevail on behalf of your Saudi friends? God sees and you will not escape. Full of folly are you all. How amazing that you cannot comprehend the perfectly obvious!

Nevertheless, I must solemnly confess that had God not opened my eyes and spared me, giving me understanding, I might very well be as you, likely not in high places of power and influence, but certainly in darkness of mind and unwitting self-destruction. I know what I know by His grace only, and not by any virtue of my own.

I long for the day God brings understanding to every person I have addressed and mentioned here. While I bear no enmity toward any man or woman per se, I most certainly hate the things men do, as does God, especially the wicked things they do in His Name. Yet all these things are in His hands, to be fulfilled to a final perfection. Then will there be peace on earth when His Kingdom rule is established forever more.

Israel: Nation of God or Satan?
Is Israel, particularly modern Israel reborn and established after two millennia, a nation of Satan established for the destruction of the world, or a nation of God for the salvation of the world?
Idolatrous Judaism
Readers response: I killed jc myself, with my own hands. He was a pig and you are a pig.
That Prophet, Episode 10: Israel – Born Again and Here to Stay
English - French !function(r,u,m,b,l,e){r._Rumble=b,r[b]||(r[b]=function(){(r[b]._=r[b]._||[]).push(arguments);if(r[b]._.length==1){l=u.createElement(m),e=u.getElementsByTagName(m)[0],l.async=1,l.src="https://rumble.com/embedJS/u4"+(arguments[1].video?'.'+arguments[1].video:'')+"/?url="+encodeURIComponent(location.href)+"&args="+encodeURIComponent(JSON.stringify([].slice.apply(arguments))),e.parentNode.insertBefore(l,e)}})}(window, document, "script", "Rumble"); Rumble("play", {"video":"v99379","div":"rumble_v99379"}); https://rumble.com/vbv9dx-that-prophet-episode-10-israel-born-again-and-here-to-stay.html I’d like to speak about Israel. Israel has been in the news like no other nation. It has been in the news throughout our present generation; wonderful things are happening in Israel. Israel is confronted with enemies of every kind, everywhere in the world, in every way possible. Militarily, technologically, socially; they are a despised people by the world, people are out there to kill them, and Israel is fighting for its life, has been fighting for its life. When it was voted in the League of Nations, I guess it was in 1947, to be, - or was it the UN, I don’t remember now – when they were voted to be a nation, on November 29th, 1947, they then declared themselves a nation and named it Israel, in 1948. May 14th, I believe. And it’s been 72 years now, almost 72 years, and they came up from desert, a desolate land; it was barren, there was hardly anything ther...
Subscribe
Login or Register
You must login or register to comment
0 Comments
Inline Feedbacks
View all comments