My soul, as are the souls of others, as God chooses, is compelled to love, desire and serve God, no matter what. We falter, we fail, we don’t always know what God thinks or feels about us but we press on as if there is no choice. It is an irresistible and unconscious force in spite of everything. 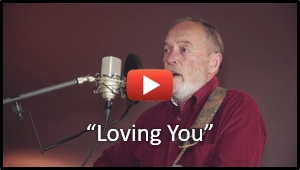 Loving You is all I can do.

Even when I’m sad or mad,

Whether You think I’m good or bad,

Loving You is all I can do.

Wanting You is all I can do.

Even when I’m rich or poor,

Whether it seems I’m not so sure,

Wanting You is all I can do.

Serving You is all I can do.

Even when I’m weak or strong,

Whether they think I’m right or wrong,

Serving You is all I can do.

The Flutterby (or) The Shadow of the Gallows Tree
Of all my writings, there are two that were written in 2 sittings, years apart. These were the first ones I ever wrote, and this one, interestingly enough, speaks of two births. While I had known the first, I had written of it but did not write of the second, which is the resurrection, until I had known it as well. It is therefore most befitting that the words of this writing came in two parts. The first part came only as a poem, words. It is all now a song though the music did come somewhere inbetween the two sittings.
Life's a Road
I was given this song while ministering to some men in the Prince Albert Correctional in 1976. I cried, and they cried. I felt for them and they with me. God only knows how this song affected them in time.
Look to Him
We met Alan Gilbert, a young man who had been in a terrible car accident which left terrible consequences on body and mind. While he would put on a brave face, we knew it was a put-on. This song came to confront him with reality and to encourage him to repent and believe. He went away apparently as hardened as ever. The mystery of iniquity is something at which to marvel.