We met Alan Gilbert, a young man who had been in a terrible car accident which left terrible consequences on body and mind. While he would put on a brave face, we knew it was a put-on. This song came to confront him with reality and to encourage him to repent and believe. He went away apparently as hardened as ever. The mystery of iniquity is something at which to marvel. 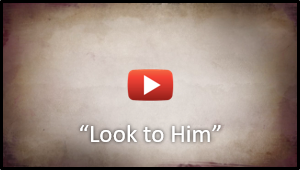 When the times are looking grim

Look to Jesus when the light is burning dim

Whenever trouble comes around

And from Heaven there’s no sound

He’s the only One Who matters

Look to Jesus when the world beckons you, look to Him

He’s the only One that cares, look to Him

There is nothing He can’t do

Nothing He won’t do for you

When things are going the way they should

Thanking Jesus for it all, look to Him

He’s the One who did it all, look to Him

He’ll be glad to get the praise

‘Cause you’re walking in His ways

For Chorus, repeat in 3rd key

The Flutterby (or) The Shadow of the Gallows Tree
Of all my writings, there are two that were written in 2 sittings, years apart. These were the first ones I ever wrote, and this one, interestingly enough, speaks of two births. While I had known the first, I had written of it but did not write of the second, which is the resurrection, until I had known it as well. It is therefore most befitting that the words of this writing came in two parts. The first part came only as a poem, words. It is all now a song though the music did come somewhere inbetween the two sittings.
A New Song
What a wonderful reality when a workingman is finally done his day. I didn't earn it; don't deserve it; He just freely, freely gave. What can I say?
Songs
Music on The Path of Truth - Songs 1