I think that one of the greatest battles I have ever had has been to forsake family and more particularly my parents, and perhaps most particularly, my father. His draw on my heart was so powerful, so very powerful. In his last years, his state was so pitiable that it was very hard for me to refuse him any wishes. It was agonizing indeed. But he died and was buried on my birthday, April 1, 1985.

His death was the morning after I received a vision of the Lord standing up to put a stop to the enemies who were tormenting me. I did not know anything of my father’s death until the following morning, or that his death and the vision were related. In his death, I felt loosened, with new freedom and power. 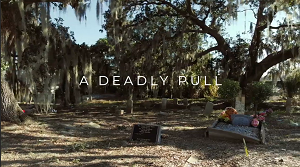 A dead man beckons me from his dismal grave,

One which he had dug for himself,

And begs that I come and join him there

Where I was once myself.

I struggle at the familiar voice,

A tear drops from my eye;

It’s almost as though I have no choice,

Impossible it has been for me

To convince him of the risen life;

My words fall on a dead man’s ears

And the result is only strife.

My life is in deepest turmoil,

The bloodiest struggle I bear;

To Jesus alone I’ll be loyal

For He alone does care.

I must go on to greater things,

Whatever the mysterious future brings,

In Christ my steps are sure.

For me to live is Christ my King

And He is my Father new;

He wants me to live and to reign with Him

And He alone is true.

The Father Gave Me Words
We encountered an incident wherein religious people, friendly and all, counseled us to reconsider an undertaking we knew was the Lord's leading. We were learning that Satan's servants are ever there, with Bible under arm, God's praises on their lips, prepared to do battle "with love." The strange thing is that while I recall the Lord giving me what to say to these people, I do not recall what those words were, so occupied I was with learning another lesson.
Job
Twice in my life has the Lord enlightened me on this person in particular, once by revelation without the experience and the second time by a taste of what Job suffered, taking me back to my mother's womb, my earthly origins. It is not our righteousness.
Do We Thank God and Live?
In our losses we bore as we forsook all to follow the Lord, we were discovering that "a man's life does not consist in the abundance of that which he possesses." We were also learning about the sovereignty of God, how He is over all and engineers all things according to His will.