We sent this letter to an ex-customer of Harvest Haven by snail mail:

We try to keep track of customer responses for obvious reasons. Here is what Dena recorded regarding your call to notify us that you would no longer be shopping at Harvest Haven:

While you do not wish to discuss this, Judy, we feel compelled to answer your charge so that you and others (we will post this on both of our websites) might hear the truth that you do not know or recognize. Would you not want to clear up any misunderstanding with your neighbors, if they were to suddenly shun you because of something they falsely attributed to you? We hope you will understand our situation and turn from being so bigoted, considering what we have to say for the sake of peace and goodwill towards all men.

We did not write or say what we did because we hate Muslims, but because we love them. We love them enough to tell them the truth, even if they wish to kill us for saying it, which they do. What is so hateful about what we said? Can you show us? Have we said anything untrue? Show us where and how. If what we say is true, and it is, can you not see how it would help Muslims and others to know it?

Do you think Jesus hated the Pharisees (religious Jews) because He told them they were whitewashed tombs, hiding the corruption inside them, and their religion negated the Laws of God? Or do you think they hated Him because He told them the truth, and they chose to have Him crucified rather than listen to what He said? Did you know that He died for our sakes, that we would be turned from that kind of reaction in hearing the truth, to one of loving and obeying it and Him for our good?

We do not refuse service to Muslims in our store, or incite people to mistreat them (or anyone else), in any way whatsoever. What we are saying, which you do not acknowledge or seem to understand, is that the Koran is the hate literature with which you should be indignant. If we are hiking on the trail, and I point out a rattlesnake in front of you, will you call me hateful? It is the Koran, not us, that says to subjugate the world in the name of Allah, Muhammad’s god, and to put infidels to death or forced compliance with their laws and ways, being subject to the penalty tax that strengthens the rule of the thugs who benefit from this shakedown.

We are merely pointing this out, briefly alluding to the ample evidence that confirms there are those who take seriously the words of their scriptures, as demonstrated by the recent event of intimidation we recounted in the Herald.

If you wish to cut off our freedom to say what we have, you are the one living in the wrong country, spitting on the blood of all those who established this continent as a place of refuge from the kind of religious intolerance and tyranny your stance suggests and supports. You need to move to Saudi Arabia or Iran.

Meanwhile, before you pack your bags, read this article for a real encounter with intolerance and hatred, the kind you choose over truth, judgment, mercy and lovingkindness. Have a good look at your handiwork and the blood on your hands. 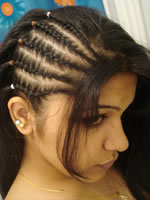 The 16-year-old Mississauga girl who was allegedly strangled by her father in a dispute over her refusal to wear the hijab has died.

Friends believe Aqsa (seen above in a personal photo) was the victim of a dispute over the teenager’s desire to be more western.

“She wanted to live her life the way she wanted to, not the way her parents wanted her to,” classmate Krista Garbhet told the Post this morning.

An announcement broadcast at the school, near Bloor Street and Cawthra Road this morning, confirmed Aqsa’s death.

School officials described her as an energetic, well-liked student.

It never ceases to amaze me how proponents of religious tolerance are ever so intolerant themselves. On top of it all, you don’t even know if what we said is true or false. You give us no substance whatsoever. That makes you a judgmental bigot and hypocrite, does it not? Take your money then, and spend it elsewhere; it is your loss, not ours. Buy yourself the Koran and the Hadith, Islam’s “holy books” and see what they have to say. Then we both may gain.

We received a card in the mail from her, with this note:

An interesting letter from you. May you all have peaceful lives with plenty of love in your hearts. Judy Selkirk

Victor’s mailed reply to her:

I was surprised that you responded, Judy. It seems to us that you do so defensively, and we suspect it may be somewhat of a competitive stroke or to subtly tell us we lack peace or love. In any case, these virtues are what you lack. That is why we wrote you and do write you again, because, in all honesty, we have those virtues, not in wishful thinking or imagination, but in reality. Indeed, that is why Harvest Haven exists. Let me tell you how we have the reality of peace and love:

First comes Truth, then reception of Truth, and the result is love and peace.

We have been apprehended by the Truth, and the result has been an inner peace and love for all mankind. Jesus Christ is that Truth. As He plainly declared (and which we have personally discovered for ourselves):

And, referring to Himself (the Son) again as the Truth:

“Therefore if the Son shall make you free, you shall be free indeed” (John 8:36 MKJV).

So now we have Jesus Christ claiming that He is the Son of God (in other portions of Scripture, that Truth is made perfectly clear, repeatedly) and that He is the Truth.

He is also known as the Prince of peace. Without Him, there is no peace. Being the Son of God, He is also love because God is love.

These things being so, those who reject Jesus Christ as the Son of God have neither love nor peace, except in some cases the kind this world gives, which does not compare to the peace He gives. As He said to those that believed on Him:

“Peace I leave with you, My peace I give to you. Not as the world gives do I give to you. Let not your heart be troubled, neither let it be afraid” (John 14:27 MKJV).

You don’t have that peace, Judy. You live in darkness (ignorance) and fear (rejection of Truth), and that is why you reacted to us as you did. You have not been apprehended by the Truth, Jesus Christ. You are not free. You don’t think you need a savior, but you do, and He is it – the only One there is. Not knowing Him, you cannot have the love and peace of God (the only kinds that count).

Now, according to Muhammad, the “prophet” of Islam, as recorded in the Koran and the Hadith (Islam’s “holy books”), I have just condemned myself to death by my words because the Muslims consider what I have just said to be blasphemy against God. Such conduct in an Islamic society or nation automatically calls for the death sentence under the Sharia (Muslim) law. And the Islamic “sacred” duty and mission are to bring the entire world under Islam, which means, among other things, no more Christianity, because the whole message of the Bible and Christianity is about the Son of God coming to redeem us from sin, darkness, Satan, and bondage, and bring us peace and love, which only He, the Creator, can.

Islam condemns the very notion of God having a Son. They don’t understand, and what they don’t understand, they vehemently oppose. Indeed, it is incumbent upon them to find any way possible to destroy such notions and teachings as soon as they are in a position to do so, along with those who believe or teach them.

You need not take my word for these things; the Koran is explicit on these matters, as many will testify, especially many Muslims, particularly the imams, mullahs, leaders and scholars. Of this, there is no question or debate, except with people like you, who are grossly ignorant and who speak in defense of Islam and willingly jeopardize truth and freedom.

Whatever virtues, freedoms, and benefits we have had in the Judeo-Christian society have been as a result of Truth, as brought forth by God through His people, those being Jews and Christians. Yes, there have been many phony and butcherous people(s) doing every evil thing imaginable in Christ’s Name, but that is not justification to condemn the Real and True, any more than we burn real money because the counterfeit circulates.

If you think these “faiths” or “religions” are compatible, or if you think it is incumbent upon us to slit our own throats in the name of freedom of religion, no matter what those religions teach or practise, think again; learn, save yourself.

Here is a Scripture, which the Muslims condemn (they condemn all of the Bible – which they say is utterly unreliable, except where they wish to use it for promoting their agenda of world domination under severe yoke as it is today in many Muslim countries):

“For instance, you come upon an old friend dressed in rags and half-starved and say, ‘Good morning, friend! Be clothed in Christ! Be filled with the Holy Spirit!’ and walk off without providing so much as a coat or a cup of soup–where does that get you? Isn’t it obvious that God-talk without God-acts is outrageous nonsense?” (James 2:15-17 MSG)

You have said, “May you all have peaceful lives with plenty of love in your hearts.”

Yet you condemn us for speaking the truth at our peril, which we can only do because we have peace and love in our hearts. Do you not greatly contradict yourself, and posture in a deceptive manner, bringing destruction on all those with whom you have to do? Surely, Judy, you live in all foolishness and hypocrisy. Fear does that to a person. Fearful people cannot be trusted or believed.

We have this correspondence posted on our site. As well, if you wish to hear the truth about Islam, it is all there. More importantly, you need to repent of your sin, Judy. You cannot go on the way you do and prosper, I guarantee it. You now have blood on your hands by defending the guilty, and even more so if you continue despite the knowledge of the truth we have made available to you. God is finished winking at these things.

Jeffry Camm - Using the Koran to Preach Christ?
Jeffry Camm uses the Koran as an authoritative source of truth to preach Jesus Christ to Muslims. We expose his faulty reasoning and arguments, and also show the disastrous results of convincing a Muslim to seriously follow the Koran, which would lead him to resemble Muhammad, the criminal, rather than Jesus Christ, the Son of God.
More Correspondence with Shams
Falsehood Exposed on The Path of Truth - Islam: More Correspondence with Shams
The “Ultimate Debate”: Who Is God – Jesus Christ or Allah?
Hassan challenges us to the “ultimate debate,” and we take him, his various Islamic materials, and the Muslim he proclaims is the world’s “#1 comparative religion scholar,” on, with exciting results.
Subscribe
Login
0 Comments
Inline Feedbacks
View all comments