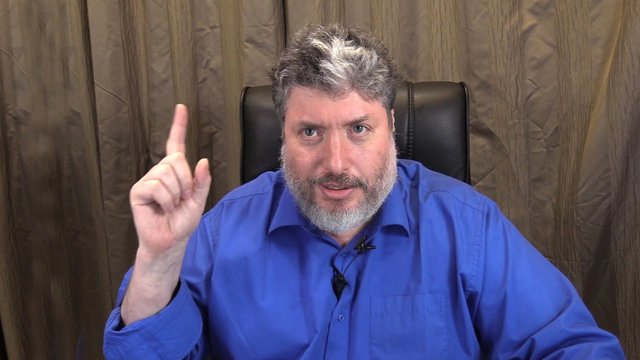 Tovia Singer serves many gods in the name of his Judaism, but none of them are the God of Israel, Lord and Savior. He serves himself and perishes.

“Rabbi” Tovia Singer (https://outreachjudaism.org/) is a passionate defender and advocate of what he calls the “Jewish faith,” writing, speaking, and debating against Messianics and other ministers in nominal Christendom. He argues against many manmade doctrines like the “Trinity,” and tries to refute the Truth recorded in the New Testament by quoting many Old Testament verses he’s memorized and applies with carnal reasoning.

His concept of the Gospel of Christ is polluted firstly by his own corrupt and perverse thinking and compounded by the many falsehoods preached in Christ’s Name. (We’ve answered many of Singer’s arguments in several writings linked at the end of this article.)

The preaching of Christ to Jews is war to Singer, and he’s on the offensive. His stated mission is to not only keep Jews from being evangelized, but to spread his beliefs and brand of Judaism among the Jews in the hope they’ll fulfill God’s mandate to bring the Gentiles to the One God of Israel.

That train, however, pulled out of the station a long time ago. Another fervent Jew, Saul of Tarsus, was sent to bring the Gentiles to the One God of Israel almost two thousand years ago. That God, the Lord Jesus Christ, stopped Saul in his tracks as he was persecuting Jews that believed in Him (the Savior of all men). In His Name, Saul was chosen and sent to bring the Gentiles to the True God of Israel:

“But the Lord said to him, ‘Go, for he [Saul] is a chosen instrument of mine to carry My Name before the Gentiles and kings and the children of Israel’” (Acts 9:15 ESV).

Saul (or Paul as he became known), cited God’s promise of salvation for the Gentiles to Jews who were vehemently opposing bringing the nations to the God of Israel:

“And Paul and Barnabas spoke out boldly, saying, ‘It was necessary that the Word of God be spoken first to you. Since you thrust it aside and judge yourselves unworthy of eternal life, behold, we are turning to the Gentiles. For so the Lord has commanded us, saying, ‘I have made you a light for the Gentiles, that you may bring salvation to the ends of the earth [Isaiah 49:6]’” (Acts 13:46-47 ESV).

Singer is among these stout opposers of God’s work. Not only does he come against introducing the Gentiles to the True God of Israel, but particularly to Jews in the flesh. The Lord told of this happening:

“They shall put you out of the synagogue. But an hour is coming that everyone who kills you will think that he bears God service. And they will do these things to you because they have not known the Father nor Me” (John 16:2-3 MKJV).

And so it was:

“But the Jews stirred up the devout and honorable women, and the chief ones of the city, and raised a persecution against Paul and Barnabas. And they threw them out of their borders” (Acts 13:50 MKJV).

“But the unbelieving Jews stirred up the Gentiles and poisoned their minds against the brothers” (Acts 14:2 ESV).

“But when the Jews from Thessalonica knew that the Word of God was preached by Paul at Berea, they came there also and stirred up the people” (Acts 17:13 MKJV).

Singer finds himself in the position Jesus Christ said the Jews would be when He spoke to them in the wilderness after the exodus from Egypt:

“They have made Me jealous with what is no god; they have provoked Me to anger with their idols. So I will make them jealous with those who are no people; I will provoke them to anger with a foolish nation” (Deuteronomy 32:21 ESV).

And what idols is Singer provoking God to anger with? These include the Tanakh, Abraham, Moses, Jewish customs, the Hebrew language, Israel, and all things Jewish in the flesh, namely and mainly himself. Singer is his own god, full of knowledge that makes him arrogant and overbearing.

How well is Singer’s idol worship working out for him? What happens when one is fervent in keeping the religious traditions of men? Jesus said to the scribes and Pharisees, Singer’s forefathers:

“Do you do well to set aside the commandment of God, so that you may keep your own tradition?” (Mark 7:9 MKJV)

“Woe to you, scribes and Pharisees, hypocrites! For you pay tithes of mint and dill and cummin, and you have left undone the weightier matters of the Law, judgment, mercy, and faith. You ought to have done these and not to leave the other undone” (Matthew 23:23 MKJV).

Singer is not doing well. There are reports of how he has set aside the “weightier matters of the Law” to chase women in fornication and adultery.  (http://lukeford.net/blog/?p=67401). Can we believe these reports? There is compelling corroboration, along with reports that Singer is dependent on pharmaceutical drugs to function. He is not a well man.

“But woe to you, Pharisees! For you tithe mint and rue and every herb, and pass over judgment and the love of God. You ought to have done these, and not to leave the other undone” (Luke 11:42 MKJV).

How can Singer love God when he is destroying others and himself, God’s creation? That’s the opposite of the love of God, Who teaches and commands the way of life, not death.

In one of the debates posted on his site, Singer boasts that he loves HaShem (God), “He is my Rock. He is my Savior.” But how is God Singer’s Rock and Savior when he is being destroyed in his sins?

The apostle Paul wrote of such Jews, “For I bear record to them that they have a zeal of God, but not according to knowledge” (Romans 10:2 MKJV).

“Declare and present your case; let them take counsel together! Who told this long ago? Who declared it of old? Was it not I, the LORD? And there is no other god besides Me, a righteous God and a Savior; there is none besides Me. ‘Turn to Me and be saved, all the ends of the earth! For I am God, and there is no other” (Isaiah 45:21-22 ESV).

Men can’t save themselves. The Bible does teach that “man is hopelessly lost in a state of sin” and “is powerless to follow the path of obedience and righteousness by his own free will,” contrary to Singer’s expressed disagreement.

(1)  To the Chief Musician. A Psalm of David. The fool has said in his heart, There is no God! They acted corruptly; they have done abominable works, there is none who does good.
(2)  The LORD looked down from Heaven on the sons of men, to see if there were any who understood and sought God.
(3)  All have gone aside, together they are filthy; there is none who does good, no, not one.

But Singer doesn’t believe the Bible he worships. He presumes to be right with God because he is a Jew, one of God’s chosen who presumes to follow the Bible the way he interprets it. He is greatly offended by the New Testament, perceiving it to be an anti-Semitic document. The New Testament, however, is not at all anti-Semitic (see the links below). It’s only seen that way by those who worship their Semitism, especially those in legalistic self-righteousness such as Singer, who complains against:

“…the long-held Christian notion that contemporary Jews bear the same loathsome characteristics as their first century forebears who were convicted… for Jesus’ crucifixion… The New Testament casts the Jews in the darkest colors imaginable to the Christian mind. Essentially, whatever it is that one considers detestable in a people, that is precisely how the Jews are portrayed in the Christian Scriptures… In the collective consciousness of the Church, the Jews of subsequent generations retain the sinister character of the people who were said to have committed deicide, regardless of how far they are removed in time and place from the first century.”

We Jews, as a people, should hang our heads in great shame at what we’ve done to God. Forget what men think, or what we think they think. How have we treated God? It’s true – we’ve been the worst of the worst. All that our loving and faithful God gave us we threw in His face and trashed Him. And, for all of Singer’s vile sins, his disgusting arrogant attitude and slander against the God of Israel, I’ve done worse.

Singer has never known God or received His favor as I have, yet I’ve fought against Him and betrayed Him. He turned me from my sins, forgave me, received me as a friend, and I have turned my back on Him time and time again, being independent, headstrong and arrogant, a proud fool. He has delivered me many times, and I have repaid Him with treachery. So I am the lowest of the low. I therefore cannot condemn Singer or anyone else; what I have written here is the truth.

“And I will pour on the house of David, and on the people of Jerusalem, the spirit of grace and of prayers. And they shall look on Me Whom they have pierced, and they shall mourn for Him, as one mourns for his only son, and shall be bitter over Him, as the bitterness over the first-born” (Zechariah 12:10 MKJV).

The 76 Jewish Questions
Israel, the Explanation for the Horrendous Contradictions You Suffer
The Key for Israel and the Jew
Why Jews Should and Will Believe in Jesus
Refuting Pieter van der Horst’s Error in “The Origins of Christian Anti-Semitism”
The Asininity of the Trinity
The Good News
Free Will

Tovia Singer zealously tries to protect Jews and their false religion from evangelization by various manifestations of manmade Christianity. Between his own wrongness and that of the religious he contends with, confusion is rife. No light is allowed because Singer rejects the Truth that Jesus Christ is his Messiah and God.

False Teacher - "Rabbi" Tovia Singer
Tovia Singer zealously tries to protect Jews and their false religion from evangelization by manmade Christianity. Between his own wrongness and that of the religious he contends with, confusion is rife. No light is allowed because Singer rejects the Truth that Jesus Christ is his Messiah and God.
Subscribe
Login or Register
You must login or register to comment
2 Comments
Newest
Oldest Most Voted
Inline Feedbacks
View all comments