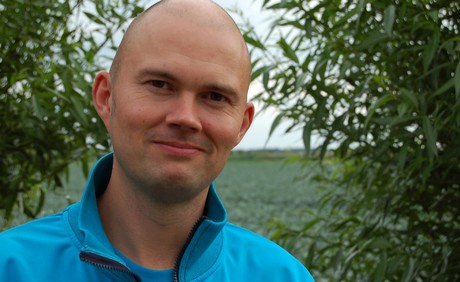 The Baptism of Torben, of God or Men?

Can one reform what is anti-Christ? Is that which is highly esteemed among men acceptable with God? Does the demonstration of power and miracles change men’s hearts? Does a ritual like water baptism? Torben Sondergaard believes and behaves as if these things are so, and many are duped by his sincerity.

We reply to a fellow believer, Sabine, who is also from Europe, where Torben hails from:

I believe you and Martine speak of Torben Søndergaard as the main man in “The Last Reformation.” Let’s consider him and his works. We know that healings can appear to come by some people like Kathryn Kuhlman, William Branham, Kenneth Hagin, Oral Roberts, Benny Hinn, Paul Johnson, Todd Bentley, and so many others in the present day, but upon follow-up, it is very difficult, if not impossible, to find true, lasting, certainly miraculous, healings. I personally don’t know of one bona fide man of God among them and their ilk by whom God has expelled devils or healed anyone today, though many claims are made. Many of these faith healers not only claim to perform healings and cast out devils, they identify with and praise one another.

The Lord Jesus Christ does not promote a “last reformation.” God isn’t in the business of reforming the old any more than wineskins are reformed to contain new wine, and He will never put new wine in old wineskins. Torben’s movement, like so many others, will come, perhaps even grow out of all the publicity and sensationalism, and then go. Same old, same old. True, he has some good things to say, as most of them do, but it’s for naught.

Look, one day I may discover I’ve been wrong, after all, about some or even several persons. I keep watching for opportunities to give credit where credit is due, and to acknowledge any person out there as being led and directed by God to do His work. After all, many of them speak true things and I have no doubt whatsoever that many are sincere.

Yet every time I step out to speak of them assuming there’s something truly of God happening, I discover I was hasty and plain wrong. I also discover that they would almost certainly have little to do with us or our doctrine. I find that those who I would expect to be friends in Christ turn out to have an agenda other than the Lord Jesus Christ. They don’t hear our words.

I see where Torben is quite well received by many nominal Christian churches, but would they receive us? I don’t know of one that would if they knew our doctrine.

Yet, didn’t they receive Jesus in the synagogues in His day of flesh? Yes, some did at first, then once His message was known, they rejected Him and His disciples and even sought to kill them. Does that mean they shouldn’t have gone to those synagogues (“churches”)? No. Does it mean that if we expect rejection we therefore shouldn’t go to churches to preach? No. But we must all go where and when we’re given to go.

If I knew of any church that wanted to hear what we had to say, I’d be more than willing to go. Many hundreds of thousands have been aware of our message on TPOT, but we haven’t received one invitation from them to come and speak, except for some African and Pakistani individuals looking to use us for their own promotions.

It seems Torben is quite welcome in many nominal Christian circles. Just how many true believers are there in the world and in these churches that Torben can simply expect to become disciples of his work? He seems to assume many are believers. He seems to appeal to many people as though they should understand the things of God as true Christians.

Is that good or bad? Is the Lord opening doors for people to hear the Gospel or are men just getting more entertainment, having their ears tickled, finding social pleasures? In time, we’ll see.

Why the promotion of miracles and the work? Why the publicity? Is there something real happening? “The baptism of Torben – is it the work of God or a work of men”?

Paul, please express your take on Torben Sondergaard for the sake of those being led astray, if that is what is happening.

Father, You know all things. Grant us to understand; prevent us from speaking presumptuously or ill of Your people or of anyone for that matter, believer or unbeliever. Especially, let us not speak ill of Your brothers, Your children. Spare us such great folly.

Here is the essence of Torben Søndergaard’s ministry: He presumes to lead the Lord Jesus Christ rather than being led by Him. After Torben red the Book of Acts, he was ready to go (and so can you be, after two hours of Torben’s lessons). No preparation or sending forth of God, as we see with Saul and Barnabas:

“As they ministered to the Lord and fasted, the Holy Spirit said, So, then, separate Barnabas and Saul to Me for the work to which I have called them. Then having fasted and prayed and laid hands on them, they let them go” (Acts 13:2-3 MKJV).

No, none of that for Torben and his proselytes. Instead Torben says, “See what the apostles in Acts did? We can do that, too.” He proceeds to use God like a magic genie, offering healings and power in the name of another “Jesus” made in his own image. Torben makes friends for himself and not for the Living Resurrected Lord of all. He is an independent agent creating his own kingdom of the world, presenting it as the Kingdom of God. He and his work are counterfeit. The Cross – Only the Death Sentence Will Avail is lacking.

Consider how different Torben’s Jesus is from the Jesus in the Scriptures. The Lord and His apostles never walked up to people and offered to heal them in order to demonstrate the power of God or to prove He loved them. Never; that’s Satan’s approach: False Love – Satan’s Last Stronghold.

God’s servants sent forth to minister salvation first preach repentance, the foundation of His Gospel. God’s righteousness and authority are established, or none can enter His Kingdom:

“For I say to you that unless your righteousness shall exceed that of the scribes and Pharisees, you shall in no case enter into the Kingdom of Heaven” (Matthew 5:20 MKJV).

“Then after certain days, when Felix came with his wife Drusilla, who was a Jewess, he sent for Paul and heard him concerning the faith in Christ. And as he reasoned of righteousness, temperance, and the judgment to come, Felix trembled and answered, Go for this time, but taking time later, I will call for you” (Acts 24:24-25 MKJV).

Torben calls his movement “The Last Reformation,” but people don’t need another reformation of men. Reformations are the spiritual equivalent of rearranging the deck chairs on the Titanic. People need transformation – they need the resurrection life of Jesus Christ that comes through the cross. Only the death sentence avails. This is the Kingdom of God on earth.

The unregenerate man will gladly receive a spiritual Santa Claus bearing gifts, but those preaching Christ crucified are an offense to the unrepentant.

“And whoever will not receive you, when you go out of that city shake off the very dust from your feet for a testimony against them” (Luke 9:5 MKJV).

Thus are fulfilled the words of the Lord: “I have come in My Father’s Name, and you do not receive Me. If another shall come in his own name, him you will receive” (John 5:43 MKJV).

I had this correspondence with someone else who inquired about Torben:

Lately I saw a movement called: The Last Reformation, by Torben Kjær Søndergaard. I am watching the video training series but I do not know really what to think, to be honest I have some doubts about him and his ministry and this is why I would like to know please your opinion. What do you think?

There are so many deceivers lately that it is sometimes hard to know what is going on. I don’t have a stand point on this ministry but I would like to hear from you.

In purpose I don’t include my opinions because I would like to know yours. From the things I found weird:

– He seems to partner/run the “Jesus Hotel” where he teaches people. They charge $600 for 1 month that covers food, etc [1].

– He promotes his books and DVDs on his free videos [2].

– It seems common that he always cast daemons, especially during baptism.

– After or during baptism, people seem to receive the tongues speaking gift. All the time.

Thank you very much.

Our opinion doesn’t matter – only God’s Word and His judgment matters. Read The True Marks of a Cult and Diabolical Doctrines for His guidelines on what is of Him versus what is of man.

For example, we notice that Torben asks the public for donations. Can you imagine the apostle Paul handing out his writings on a corner in Corinth with his hat out asking for contributions? No man of God collects donations while dispensing the truth or begs for money – ever.

If you have serious doubts about Torben as a man of God, you certainly can’t follow him. As Paul said:

So why waste your time there?

Other writings pertinent to things you bring up: