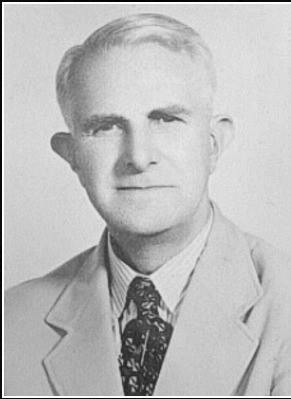 While Jesus spoke in parables and Paul taught some things hard to understand, false teachers like Austin-Sparks speak in soaring terms that impress men and inspire the religious, who are deceived. Those who seek the truth may be temporarily confused, but the Lord will keep and deliver those whose hearts are pure. “Blessed are the pure in heart, for they shall see God” (Matthew 5:8 EMTV).

God gives us wonderful coincidences. They seem to happen often. Here is one. I read this today just after I saw where you had a page on your website of writing on “coming out”. I have not read your page because I am at work and it is pretty long, but I read this because it is short. It is part of a daily devotional that comes in my email every day from T. Austin-Sparks’ writings, and it seemed to confirm the message of coming out in shorthand.

Just an excerpt from it:

“Christ has truly set us free. Now make sure that you stay free, and don’t get tied up again in slavery to the law” (Galatians 5:1 NLT)….

If we really see the Lord Jesus, we shall be emancipated. Some of us have had that experience. We were in legal systems; our horizon was that system. Then the day came when the Lord opened our eyes to really see the significance of Christ. And that whole system fell away as being all nonsense. We could say of Paul, there was a mighty “must” in his spirit. “I have seen the Lord, and I am seeing more and more of what the Lord is, and this is creating in me this great imperative. “This one thing I do, leaving the things which are behind, I press on toward the mark of the prize of the on-high calling.” So we do not say, “Change your system.” But we do say, “Ask the Lord to reveal His Son in you.” Then the great work of emancipation will begin.

(From: Meeting 29 – The Only True Emancipation from all Forms of Legalism is to See Christ)

Austin-Sparks is wrong to equate what Paul talks about in Galatians 5 to the commandments of men in their religious systems. Paul wasn’t addressing those in false religion. He was talking to true believers about God’s commandments, contending with those who were trying to be justified by keeping the Law of Moses. That’s not the same as coming out of the works of men in Babylon.

Paul was calling the Galatians back to their original faith:

Galatians 5:1-6 EMTV
(1) Stand fast therefore in the freedom in which Christ has made us free, and do not be loaded down again with a yoke of bondage.
(2) Indeed I, Paul, say to you that if you become circumcised, Christ will profit you nothing.
(3) And I testify again to every man who becomes circumcised that he is a debtor to keep the whole Law.
(4) You have become estranged from Christ, you who are justified by law; you have fallen from grace.
(5) For we by the Spirit eagerly await for the hope of righteousness by faith.
(6) For in Christ Jesus neither circumcision nor uncircumcision means anything, but faith working through love.

Was the Law of Moses and the covenant of circumcision “nonsense”? Not to Paul or other believers:

“And the uncircumcised male child whose flesh of his foreskin is not circumcised, that soul shall be cut off from his people; he has broken My covenant” (Genesis 17:14 MKJV).

Paul was talking to those who had repented and received God’s Spirit, being empowered by Him to fulfill the righteousness of the Law, which is the circumcision of the heart foreshadowed by the outward rite of old. Going back to the physical observance after they had the Substance of Reality in Christ was backwards and nullifying their faith.

“I do not annul the grace of God; for if righteousness comes through the Law, then Christ died for nothing” (Galatians 2:21 EMTV).

Austin-Sparks misses the critical distinction between man’s laws and God’s laws because he hadn’t fulfilled the latter, still being part of the Babylonish system he mistakenly believed he had left behind. He was spreading her confusion with his fine-sounding words and lofty sentiments. His expressions remind us of Andrew Murray and Oswald Chambers.

He says: “But we do say, ‘Ask the Lord to reveal His Son in you.’ Then the great work of emancipation will begin.”

This statement smacks of error. It’s not about asking for such a thing, which is religious claptrap, a spiritual covetousness, an insidious diversion from the Lord and substitution for His righteousness. It’s about believing and obeying Him instead, pure and simple.

Man trying to manifest Christ by affirming Scriptural sentiments, according to his own interpretation, is the way of anti-Christ. It is the path of delusion, and all who walk in it will end up tyrannized.

2 Peter 2:17-19 ESV
(17) These are waterless springs and mists driven by a storm. For them the gloom of utter darkness has been reserved.
(18) For, speaking loud boasts of folly, they entice by sensual passions of the flesh those who are barely escaping from those who live in error.
(19) They promise them freedom, but they themselves are slaves of corruption. For whatever overcomes a person, to that he is enslaved.

These are those who say they “see the significance of Christ,” while the true are those who really see the Lord and speak through having an intimate relationship with Him.

The fruits of the lips tell the story. There are no doubt many other indications of Austin-Spark’s status as a false teacher in his great abundance of words. For sound guidance in the ways of the Lord, by the Light that shines in the darkness, read The True Marks of a Cult and Diabolical Doctrines.