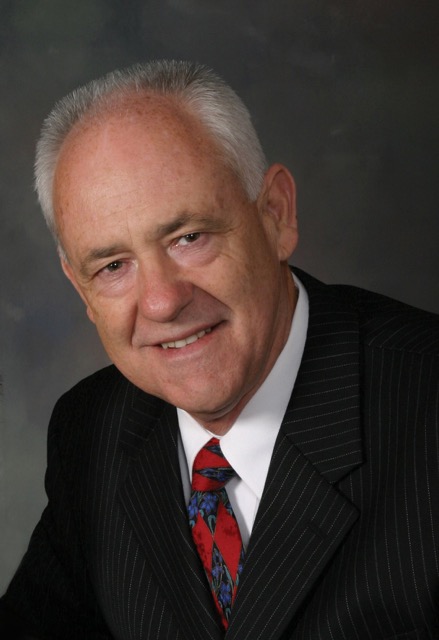 Spiritual Mugging in a Dark Alley

If your pastor is following a false apostle, where does that leave you? “Let them alone. They are blind leaders of the blind. And if the blind lead the blind, both shall fall into the ditch” (Matthew 15:14 MKJV). So what if the apostle is a “nice” man? Doesn’t Satan transform himself into an angel of light? Stay out of dark alleys in the first place – walk in the light as Christ is in the light.

We received this note:

Enjoy reading your stuff, and I am in a bit of a quandary.

I have Pastor John K Alley in eyes and heart, but I just can get this nagging feeling out of me that is saying: “To good to be true”.

Our pastor a number of years ago said in his own words that he has handed over his sonship to John Alley. I turned over inside out when I heard him make this statement.

Our pastor is a great man of God, but he keeps on going in the wrong direction, and over the past 12 months he has lost the people, and many going in all directions.

I was a dedicated Sunday church goer, and tried to get involved with our pastor’s teaching, but there is something wrong. I just got this niggling feeling deep down inside as if our Lord Jesus Christ is saying to me that I have to pull him into line.

John Alley is a nice person, but again when I was talking personally to him, I didn’t feel right.

He is a self-proclaimed Apostle, or that is I believe he is.

My burden on my heart is very heavy.

Can you please help me to see if you have any insight to John, because I feel so wrong against him, and I don’t know if it’s the enemy who is making me feel this way.

Thank you and many blessings in HIS Wonderful Name, our Lord Jesus Christ.

Hi George; welcome to The Path of Truth!

Your belief is true – John Alley is a self-proclaimed apostle. He most certainly isn’t an apostle of the Lord Jesus Christ. If the problem was with you, there wouldn’t be the self-examination and questioning you describe of yourself. Those who do, or intend, evil are seldom troubled that way.

“For such are false apostles, deceitful workers, transforming themselves into apostles of Christ” (2 Corinthians 11:13 EMTV).

John being a nice person means nothing, of course. You’re right not to dismiss, but to investigate your uneasiness about his presumed calling. You can never trust appearances. The nastiest people who want something from you can be very nice. Agag was also “nice” when he came before Samuel to receive judgment:

“And Samuel said, ‘Bring near to me Agag the king of Amalek.’ And Agag came to him cheerfully. And Agag said, ‘Surely the bitterness of death has passed.’ And Samuel said, ‘As your sword has bereaved women of children, so shall your mother be bereft among women.’ And Samuel cut Agag in pieces before the LORD in Gilgal” (1 Samuel 15:32-33 LITV).

Alley is a spiritual Agag, a wolf in sheep’s clothing, who has men turning over their allegiance to him as a supposed apostle. You’re right to pay attention when you “turned over inside out” after hearing your pastor say he turned over his sonship to Alley. No son of God can turn over his sonship to another man, even a servant of the Lord. Sonship is in Christ, the Head of the Body, and no man is over Him.

Isn’t turning over His Sonship how Satan tempted Christ?

Luke 4:5-8 MKJV
(5) And the Devil, leading Him up into a high mountain, showed Him all the kingdoms of the world in a moment of time.
(6) And the Devil said to Him, “All this power I will give you, and the glory of them; for it has been delivered to me. And I give it to whomever I will.
(7) Therefore if you will worship me, all shall be yours.”
(8) And Jesus answered and said to him, “Get behind me, Satan! For it is written, ‘You shall worship the Lord your God, and Him only shall you serve.’”

Of course Satan would have us turn our sonship over to him, too! As servants of God, however, we know Who owns us, the One Who bought and paid for all. I’m reminded of what Jesus said to Peter:

I don’t know exactly what your pastor meant by turning over his sonship, but in following Alley, your pastor is deceived. As Alley isn’t an apostle, so your pastor isn’t a pastor of God. Just calling him “your” pastor tells us he isn’t of God, because a true pastor is the Lord’s, also one of His sheep, and belongs to no man. Are you sure you’re not following a hireling or wolf? If you’re a tare, that’s the natural course of events, but if you’re the wheat of God, you have to “come out from among them” (The Case for Coming Out).

It’s one thing to be in submission to a man of God, but another altogether to hand over your soul to a wolf, as your pastor did. Alley has, like Agag, bereaved many, though none who were innocent before God. The Lord isn’t unjust. He doesn’t hand the righteous over to the wicked as their prey. Only those with the mark of the beast will worship the beast and suffer the plagues God sends on the world. The servants of God who have His seal are kept:

“And it was commanded them that they should not hurt the grass of the earth, neither any green thing, neither any tree; but only those men which have not the seal of God in their foreheads” (Revelation 9:4 KJV).

As for your pastor, I doubt you’ll be able to “pull him into line.” Nevertheless, as you know the truth and are convinced of it before God, you should by all means tell him the truth. But if you go to him doubting, without faith, you’ll have your mind swayed by the flesh.

“Thou therefore gird up thy loins, and arise, and speak unto them all that I command thee: be not dismayed at their faces, lest I confound thee before them” (Jeremiah 1:17 KJV).

If you believe, George, you need to run for your life, fleeing manmade religion, the seat of power of the beast. Have you red The True Marks of a Cult? Consider whether you’re in a cult or not, and what the Lord would have you do about it.

I listened to a sermon from Alley, Prophets False and True. The event that inspired this talk was a meeting in the Philippines where he was denounced as the anti-Christ by a couple, the woman claiming to be a prophet of God.

Right off the top, Alley didn’t recognize or mention that no woman holds the office of prophet in the Body of Christ (though a woman may be a prophetess). The same goes for the other given ministries of God (read Diabolical Doctrine: Women Are Ministers of God in Spiritual Authority over Men). An apostle of God doesn’t know this?

Alley said he wouldn’t name these false teachers, in order to “protect the guilty.” It’s obvious he was being cute with that phrase, but why in the world wouldn’t he name the guilty? Didn’t Paul and John name the guilty (Alexander and Diotrephes, as two examples)? Doesn’t the Lord want us to alert others of the identity of those who teach falsehood, so we might know whom to avoid?

“Now I beseech you, brethren, mark them which cause divisions and offences contrary to the doctrine which ye have learned; and avoid them” (Romans 16:17 KJV).

In the United States they put the names and pictures of criminals in the post office. How helpful would it be if they only gave a description of the crimes, but not of those who committed them? Does Alley’s withholding information, by which one can make a positive identification of spiritual scofflaws, make any more sense than this example? What’s his game?

Alley also teaches the trinity, a confounded doctrine of devils that deprives God of His honor, authority, and majesty. The trinity doctrine pretends God has all those things, yet presents Him as an abominable trio of confusion that no one can comprehend, much less explain. (See The Trinity.) How can one honor God when utterly confounded about Who He is?

(You may have a problem with our denial of the trinity; many do. There are those who believe we deserve stoning or burning at the stake for denying the trinity. History is replete with the persecution of believers by trinitarians. For one example, read The Fruit of Cain Multiplied: The Murderer John Calvin. You’re well aware the Lord Jesus doesn’t propose this kind of treatment by believers towards those denying Him, but according to some people – and they aren’t few by any means – to deny the trinity is to invite God’s certain and terrible wrath, perhaps threefold. What does that tell you?)

Regarding the foundational truths of Christ, Alley is clued out, a symptom of being another cog in the Babylonian machine works of men. On his chosen topic of distinguishing false prophets from true, he offered nothing in the way of instruction that would guide a child of God in practical discernment. He recites platitudes and generalities that mean nothing when it comes to actually knowing who’s legitimate and who isn’t. He also gives no understanding of what an anti-Christ is. And why should that be a surprise, since he’s a false teacher/prophet/anti-Christ?

Finally, I went to a link on Sonship at Alley’s website to find out more about this teaching and was told it’s only available for sale on his website or at Amazon. Teachers of God never charge for His teachings, but men posing as His teachers charge for their own.

Update – 07/28/2016: A reader showed us that electronic versions of Alley’s book are indeed available for free on another page of his website. That doesn’t change the fact that Alley also sells teaching presumably from God, something no apostle of Jesus Christ has ever done or would do, confirming the teaching isn’t of God. Buyer beware.

We receive your blessing, George. We bless you in the Name of the Lord Jesus Christ with the precious truth God has given us for the edification of those who love the truth, that you might worship Him in spirit and in truth.

Read the links in this letter and trust the Lord by acting on what you receive from Him. He is indeed unsettling you by the lies surrounding you. You have nothing to fear or hang onto that is worth more than a faithful and fruitful relationship with Him.

We would like to hear more from you and how things turn out.