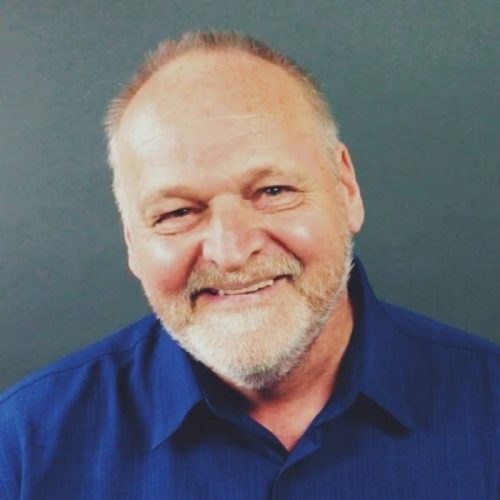 Graham Cooke says, “Grace is the empowering presence of God to make us feel good about ourselves as we are in the process of becoming more and more Christlike.”

Scarcely has a greater lie been told.

A visitor at The Path of Truth wrote to us, asking about Graham Cooke:

“I have listened to the teachings of graham Cooke and It appears to me that he is saying that we are all mini gods when we accept Salvation and we no longer sin. What are your views on Mr Cooke as he is not mentioned in your list of false teachers.

We’ve not been familiar with Graham Cooke, but Victor has perused a few of his videos now that you’ve brought him to our attention:

Here’s what Victor writes about the videos and what they say about Graham:

One video is Cooke’s testimony, a self-exalting production; one is of an alleged, sensational event of miracles, and one is a definition and instruction of how a believer enters into rest, which is not at all, for example, what the Hebrews writer was talking about in chapters 3 and 4.

Graham is an engaging man – friendly, sociable, humorous, soft-spoken, with knowledge of the Scriptures, believing in the gifts of the Spirit, and so forth – no argument there. Is this Christlike? The Pharisees and Sadducees were all those things as well, until provoked, until the Son of God convicted them of their sin and hypocrisy.

Graham is more about magic and mysticism than the practical reality of the Spirit of God, beginning with his alleged conversion experience in the field with a being who didn’t identify himself. Graham appears to be a “How to” or “Self-help” man, one whose boastful emphasis is on our innate power to realize God’s Presence in our lives and for us to be “in tune” with Him and to “hear His Voice,” the voice of the One Who, says Graham, wants to speak to us all the time, which is another lie of many.

Which philosophy is ironic, because Graham does say that the initial salvation event is God’s doing and that there’s really nothing we can do to make it happen. But it seems we can pretty much make the rest of it happen by just “tapping in.”

New Agers could easily cozy up to Graham, saying, “Wow! Isn’t that really what WE believe? Only you put it in your own religious words.”

In all of his communication, there’s not a word of sin or repentance – not one; I haven’t pursued the rest of his videos to examine everything, but a cup of the water from the well tells what the rest of it is like, doesn’t it?

You’ll note that the Gospels and the Book of Acts begin with the call of repentance from sin, and the rest of the writings are heavy on the same. There’s an emphasis on the Law of God. Reality is the essence of the Scriptures. But Graham is very light about the things of the Kingdom of God applied in our lives… which was never the case with any of the men of God in Scripture – not the prophets or the apostles or any of the saints, and obviously not the Lord Himself.

In https://www.youtube.com/watch?v=dUlLpmJeDh4 [no longer available], Graham speaks of how one recognizes God’s Voice speaking to him. He says, “When you know who God really is, then you basically get a feel for how God wants to speak to you. And your testimony then, becomes the essence of the prophetic in terms of how God wants to speak to you. So how you know God, how you perceive God becomes a part of the way in which you actually hear Him and encounter Him.” Yet, he says that God’s “approach to you is not dependent upon your approach to Him. It’s based upon who He wants to be.” So which is it?

Throughout the video, he really doesn’t say how one hears God’s voice. Here’s why: It’s unexplainable, really; it happens; He does it and that’s that. And here’s the other point of this discussion: God says, “I Am That I Am (Will Be Whom I Will Be).” This is not about the perception of the creature but of the Real Person of the Creator. He’s no puppet fitting on our hands as we respond to Him or to anyone or anything else; He’s no supernatural chameleon, changing with the environment.

Graham flatters God in men’s ears, which may lead his hearers to wonder what can be possibly false about him if he speaks so well of God. Satan’s ways are artful, subtle, and powerfully deceptive. Graham goes on to say God’s Voice is not judgmental. Isn’t it? Where in Scripture do we ever find that lie? We don’t. Saying God’s Voice isn’t judgmental is an argument that misrepresents God and His ways. It’s Satan savoring the things of men, things that please, appease and tease the flesh.

Lies, blatant anti-Biblical lies these are. So Satan DOESN’T come with kindness? What did Jesus say to Peter when Peter came rebuking the Lord, reasoning with Him “in kindness”, telling Him He needn’t fear such negative things as He was speaking.

What did the Lord do with Ananias and Sapphira in the midst of the church (Acts 5)? How sweet and good was He there? No, He didn’t say anything unloving or unkind to them; He just dropped them dead on the spot and filled the church with FEAR. Read it for yourself.

We are called to reprove and even rebuke sharply. Paul said he would come to the Corinthians with a rod if they continued in their ways. So God never speaks in stern manner? So Paul was wrong? He was in the flesh?

On the other hand, Satan is full of kindness, flattery and gentle persuasion… “Yea, has God said?” not, “He’s a big fat liar!” And, “If You throw Yourself down from the pinnacle of the Temple, the angels will protect You. It says so in His Word!” Doesn’t Satan, contrary to what Graham claims, use kind, gentle, gracious, loving…generous words? Let’s see what God says about that by His Word:

“Again, the Devil took Him up into a very high mountain and showed Him all the kingdoms of the world and their glory. And he said to Him, All these things I will give You if You will fall down and worship me” (Matthew 4:8-9 MKJV).

I’d say that would be very generous. On the other hand, God “covetously” and jealously requires our very lives:

We can be rather certain that Graham speaks relatively little, if at all, about God’s severity (Romans 11:22) – the apostle tells us to behold it along with God’s goodness, but Graham certainly will have none of that.

Read our articles on judging. Read the Bible! It’s full of judgment by God through prophets, apostles, saints, and even the heathen. Ezekiel, for example, was called to judge Israel:

The saints are even called to judge angels in due time:

“Do you not know that we shall judge angels, not to mention the things of this life” (1 Corinthians 6:3 MKJV).

What did Enoch say, as relayed by Jude?

“And Enoch, the seventh from Adam, also prophesied to these, saying, Behold, the Lord came with myriads of His saints, to do judgment against all, and to rebuke all the ungodly of them concerning all their ungodly works which they ungodly did, and concerning all the hard things ungodly sinners spoke against Him” (Jude 1:14-15 MKJV).

Graham Cooke says, “Grace is the empowering presence of God to make us feel good about ourselves as we are in the process of becoming more and more Christlike.”

Scarcely has a greater lie been told. The Bible is flooded with contradiction of Cooke’s words. He’s a liar. For one great example, when God spoke and His grace was applied to Job, how did it make him feel?

“I have heard of You by the hearing of the ear; but now my eye has seen You. Therefore I despise myself, and repent in dust and ashes” (Job 42:5-6 MKJV)

Grace is about the fulfilment of God’s Law in the inner man that he may keep it; grace has nothing to do with how it feels. Grace is about the ability to take up the cross, an instrument of death, and to follow the Lord to Golgotha and the grave. Grace is about the power to separate from this world and its pleasures and promises to enter the Kingdom. Grace is about being created a new creature in Christ. Grace is many things, but none at all of what this scoundrel says it is. Graham is full of promises of things the Bible says nothing about in the terms he uses. He’s a liar.

Just how good is one to feel about that? I just spoke to a lady who was considering the possibility, and impossibility, of having to forsake her child. She was understandably troubled by it. But this Cooke fellow thinks that such things are not of God. How does he think Abraham felt when called upon to leave his land and kin (Genesis 12)? Or to sacrifice his beloved, promised son Isaac as a burnt offering?

Graham is taken by a seductive spirit and made into a very nice guy. That’s how Satan works, coming as an angel of light. Graham speaks by a seducing spirit. Beware.

Aileen, Paul here again. You can read the following writings the Lord gave us on the subjects you’ve brought up:

Godhood – The Destiny of Those Born of God
Do Christians Sin?

There’s this, too, on judging:

Does God Speak Only Gentle Words?

Also, we recommend these two documents in our introduction to the False Teachers section as guidelines found in the Word of God, which, when lived by faith, bring discernment regarding who is of God and who isn’t.

The True Marks of a Cult
Diabolical Doctrines

We also say in the introduction:

This list is not meant to be an exhaustive one. What is important is that one learns to discern truth from error.

“Then you shall again see the difference between the righteous and the wicked, between him who serves God, and him who does not serve Him” (Malachi 3:18 MKJV).

Let us know if you have any questions after reading everything.