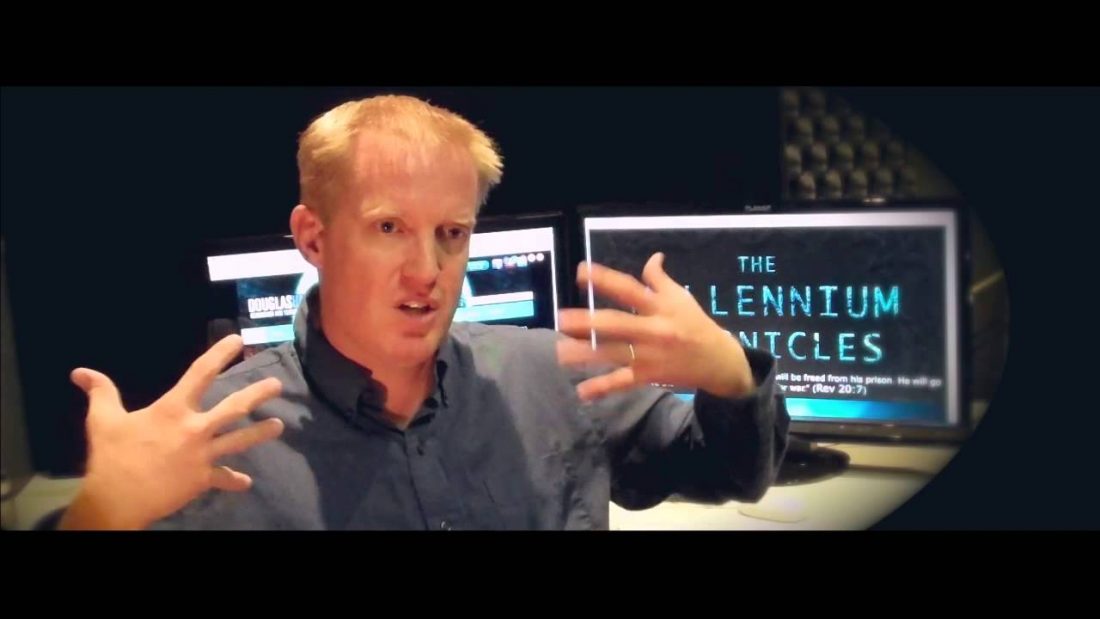 Giants Who Bring Humanity Down

Satan will have you worship him by fearing him and his power, when all power is God’s and He is the One you should fear. The fear of Satan paralyzes you with scary stories of evil without, but the fear of God convicts and delivers you from the evil within.

Paul,
This guy puts forth an explanation regarding giants, and sons of God coming into daughters of men, mentioned in Genesis. He seems sincere. Is he right?
Thanks,
Lane

When Paul asked for a summary of Douglas Hamp’s explanation, Lane sent the following description and link:

His interpretation of Genesis 6:1-7 is that fallen angels mated with women whom birthed unnatural beings whom God destroyed in the flood. These unnatural beings are now present as demons in various manifestations… our present age resembles the days of Noah insofar as human DNA is being tampered with, not only vis-a-vis misguided scientists, but by demonic forces (fallen angels and their progeny) as well.

Douglas Hamp doesn’t know what he’s talking about and apparently spends much time doing it, influencing the ignorant and gullible to believe fables rather than the Lord Jesus Christ.

The sons of God are men who believe. It’s that simple. Even the verses you cite tell us so:

Genesis 6:1-6 KJV
(1) And it came to pass, when men began to multiply on the face of the earth, and daughters were born unto them,
(2) That the sons of God saw the daughters of men that they were fair; and they took them wives of all which they chose.
(3) And the LORD said, “My Spirit shall not always strive with man, for that he also is flesh: yet his days shall be an hundred and twenty years.”
(4) There were giants in the earth in those days; and also after that, when the sons of God came in unto the daughters of men, and they bare children to them, the same became mighty men which were of old, men of renown.
(5) And GOD saw that the wickedness of man was great in the earth, and that every imagination of the thoughts of his heart was only evil continually.
(6) And it repented the LORD that He had made man on the earth, and it grieved Him at His heart.

Where do you see angels here? God says He won’t strive with whom – angels? No, He says He won’t always strive with man. If angels were the fathers of the giants (or “nephilim” in Hebrew), then why are they called “men of renown”? And why did it repent God that He had made man on the earth if angels from the spirit realm were to blame for what happened by taking the “daughters of men” for their wives?

The Hebrew word translated as “giants” basically means “those who cause to fall.” These offspring of the sons of God and daughters of men represented an unholy mixture, the things of God being made carnal. This is exactly what Hamp is doing. He makes himself a “giant” by taking the Name of the Lord in vain, using what He has given us for spiritual guidance in order to teach his erring opinion, mixing holy seed with flesh and causing those who follow him to fall into the ditch with him.

You said this could be a distraction, Lane, but I tell you it’s more serious because it’s a lie, and lies kill. This lie from Hamp externalizes evil, pinning it on “fallen angels” and Satan, rather than the hearer of truth knowing and acknowledging the evil is in him, and he is the issue.

You wrote another email about Satan saying many true things, but you need to realize that you are the man of sin who usurps God’s position, in league with Satan who savors the things of man because he is a man. Have you red The Origin and Identity of Satan?

Satan isn’t a free agent. He’s a servant of God for evil, when and where God ordains it. Have you red the Book of Job and see how the Lord brought up Job to Satan and then sent Satan to take away all that Job had? After that He gave Satan instructions to afflict Job physically without killing him.

And do you notice that Job, in all his speeches and complaint, never mentions the devil once or tries to blame things on him? Job directs everything to God. And when the archangel Michael contended with Satan, he looked to the Lord, as well: “When the archangel Michael argued with the devil, they were arguing over the body of Moses. But Michael didn’t dare to hand down a judgment against the devil. Instead, Michael said, ‘May the Lord reprimand you!’” (Jude 1:9 GW)

You need to stop giving Satan the glory and start focusing on the Lord Who is over all. We’re here to direct you in His way, if you’re ready to listen.

Further observations: I noticed at Hamp’s website that he teaches pre-tribulation rapture, which is delusional escapism fed by sin and fear. Read Diabolical Doctrine: Rapture before the Great Tribulation.

Hamp also teaches that the apostles, when speaking of the “elect,” are speaking only of physical Israel and not of those saved according to God’s foreknowledge and present work in Christ. This is sheer stupidity, a wicked perversion of the Scriptures, which clearly show the elect are those called and chosen to salvation in Christ, both Jew and Gentile:

Romans 9:22-26 MKJV
(22) What if God, willing to show His wrath and to make His power known, endured with much long-suffering the vessels of wrath fitted to destruction;
(23) and that He might make known the riches of His glory on the vessels of mercy which He had before prepared to glory [the elect];
(24) whom He also called, not only us, of Jews, but also of the nations [Gentiles]?
(25) As He also says in Hosea, “I will call those not My people, ‘My people’; and those not beloved, ‘Beloved’.
(26) And it shall be, in the place where it was said to them, ‘You are not My people’; there they shall be called sons of the living God.”

No doubt there are many other errors and misleading doctrines taught by Mr. Hamp, hampering those who might otherwise be walking in the light with Christ, until they obtain a love of the truth. Read the rest of the Diabolical Doctrines and The True Marks of a Cult for illumination to live by.