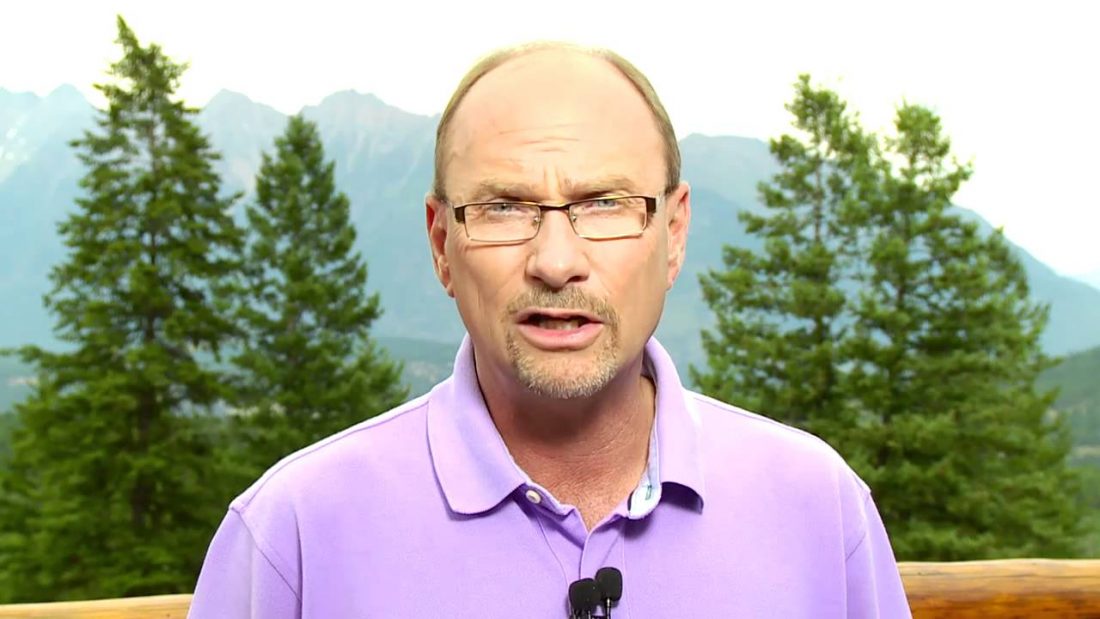 The Exposure of Dick Deweert

Dick Deweert, founder of The Miracle Channel in Lethbridge, Alberta was caught in an extra-marital affair. He resigned as president, as did his wife, Joan Deweert, in order to stand with him. Here, according to the Lord, is what is happening there, going back to what He told Victor in 1983 at the beginning of this work of man.

Jimmy Swaggart, Jim and Tammy Bakker and Ted Haggard did not fall. They were exposed. They never stood in the first place, not as far as God is concerned. Dick and Joan Deweert are no different. The corruption has always been there. We are not speaking of regenerate souls in Christ Jesus, but of false teachers, prophets and apostles:

“They’re a sorry bunch–pseudo-apostles, lying preachers, crooked workers–posing as Christ’s agents but sham to the core. And no wonder! Satan does it all the time, dressing up as a beautiful angel of light. So it shouldn’t surprise us when his servants masquerade as servants of God. But they’re not getting by with anything. They’ll pay for it in the end” (2 Corinthians 11:13-15 MSG).

In early 1983, the Lord spoke to me when George and Hazel Hill were beginning Victory Christian Church, telling me that it was a coven of witches. What are witches? Are they ugly, old women dressed in black, with broomsticks, black cats, caldrons, and pointed hats? Are they diviners or female sorcerers? Here is how God defines witchcraft, and I believe this is the substance of what I was hearing that day:

“For rebellion is as the sin of witchcraft, and stubbornness is as iniquity and idolatry. Because thou hast rejected the Word of the LORD, He hath also rejected thee from being king” (1 Samuel 15:23 KJV).

While it could well be that persons founding Victory practiced literal sorcery or divination, I believe what I heard was concerning a matter of rebellion. What is rebellion? It is one doing one’s own thing against the will of the rightful authority.

How may that look? When people go about establishing spiritual works like churches in Jesus Christ’s Name, even saying, “Thus said the Lord…” when He is not commissioning them to do so, this is rebellion, which, to God, is no different than witchcraft. To put His Name to our works is presumptuous and rebellious. The Miracle Channel is but an extension, a branch of the same tree.

This event is by no means an uncommon occurrence. Truly, it is the rule, rather than the exception. Jesus said:

Jesus went on to say:

God is faithful in warning. I have written to Victory and called The Miracle Channel, addressing their falsehood and constant campaigns for money, and they cut me off. I have spoken publicly against their ways, and sent them Prophecy to the Religious. They did not believe me; instead, they scoffed and denounced me. I have been a fool in their eyes.

A house built on sand, though it was a great house in men’s eyes, has fallen, though the work may continue. Where will Dick and Joan go? Even Joan knows she cannot trust Dick now, if she ever did. Yet they talked as though they were an ideal, Christian, married couple, spiritual giants and mentors. Who but fools can or will believe them?

Will they continue to press for importance in spiritual work, like Swaggart and the Bakkers? Will the “apostle” now take on “secular” work? Where? What kind? How? For whom?

Yes, David, the king of Israel, also committed adultery, and murder. But consider that his throne was preserved unto him. He was indeed God’s anointed. Yes, he fell, but his heart was still after God. This is not so with the Deweerts. They are finished, exposed as frauds by God Almighty. They will never resume their thrones.

A man who commits adultery stones himself to death and leaves many wounded.

To enjoy a moment of pleasure, man will throw away his soul for eternity; blessed is the one who loves God more than pleasure.

There are those who speak truth for evil’s sake because there is no truth in them.

As a plant comes forth from a seed hidden in the ground and bears after its kind, so secret sins will sprout forth and bear fruit.

The sword is appointed for the wicked, but the righteous will be spared.

As a fine mist, sexual temptation presents itself, mysterious and idyllic, then grows thicker and envelops the wayward one in darkness.

Can I fall? Yes, I can, for two reasons: first, I stand – it would not be a matter of exposure; second, God is quite able to bring me down in a heartbeat; I know it. I am but an earthen vessel and only by His grace do I stand.

And though I say, “I told you so!” I do not gloat over the Deweert affair or any other. Is it enough that I don’t gloat? No. I say it because I want people to know that if they have believed Deweert and his works, the works of men, they have been deceived:

“Concerning the works of men, by the word of Thy lips I have kept me from the paths of the destroyer” (Psalms 17:4 KJV).

They will continue to be deceived if they do not believe me, because I speak from the Lord; therefore I know whereof I speak. I speak by Him and He by me. If you still think me a fool, watch and see.

I have considered speaking again to Dick and Joan, but I am given that they will not hear me. However, Lord willing, Dick and Joan, if you read these things and wish to meet with me, I will be glad to meet with you, provided the Lord wills it. I know full well that God can turn things for you, wonderfully so, not so that you will continue in men’s works, but so that you can have true life in place of the phony lives you have lived in His Name. But you will go to your carnal “Christian” counselors, as you do even now, continuing in your sand, which is now in your eyes, noses, ears and mouths, and with your ruins fallen upon, and all about, you.

This is also a rebuke and warning to Ray Block, and those who continue in these works, whose origins are not of God or in His favor. Why destroy yourselves? Why work for nothing? Why tempt God with your ways? How can you escape taking and using His Name in vain? Why deceive yourselves and others? To what end? To Deweerts’ end alone can these things come.

The will of the Lord be done.

More about Dick and Joan Deweert and those who try to bolster their renewed attempts at ministry:

Not only do Satan’s servants bring destruction to others, they suffer it themselves as the victims of their own deception. While Christ gives a deposit of pure gold, Satan gives a “UOI” (not an IOU), keeping his subjects under the yoke and bondage of serving themselves in his kingdom of darkness. Light solves that problem, when it is shone by God in Christ, and walked in by men. That is the Kingdom of God on earth.