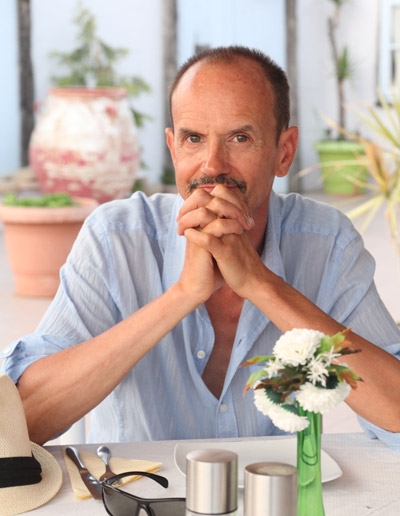 The Lord Jesus Christ – The Only True Enlightenment

How can one attain or enter into an enlightened state of oneness without the Light of all men, in Whom alone life exists? Here is an example of preaching that says you can lift yourself by your own bootstraps without really trying. We are our own gods, and can create Heaven on earth by thinking so. There is no such thing as sin or an adversarial nature within to contend with, you just need to hang loose, have fun, don’t take yourself too seriously, and you will save the world. Not.

Paul wrote to the IONS Group of Helena, in response to Cultivating Translucence by Arjuna Ardagh:

Greetings in the Light of all Men, the Lord Jesus Christ, Joan, Patrick, and to all who may read this letter,

I am writing in response to the Translucence article. I would like for you to share this letter with the IONS group. Since the subject is light, should we not consult the Father of lights, Who has not left us without a testimony? Are we only dependent on men’s testimonies, even if they be self-declared “translucents”? I have the immense privilege of hearing the Word of God, and the solemn responsibility to report to you what He says. The fact that you rebel against Him does not negate the fact that He yet does good, and now speaks the Truth to your error, that you might be saved.

“But I say to you, Love your enemies, bless those who curse you, do good to those who hate you, and pray for those who despitefully use you and persecute you, so that you may become sons of your Father in Heaven. For He makes His sun to rise on the evil and on the good, and sends rain on the just and on the unjust” (Matthew 5:44-45).

The author of the article, Arjuna Ardagh, poses a question about man’s destructiveness, the resultant demise of the earth, and what can be done to divert ultimate catastrophe: “What do we need to learn, individually and together, to collectively shift to a level of consciousness that solves problems rather than creates them?”

If there is one thing that is absolutely astounding about mankind, it is that after many centuries of racking up a notorious record of destruction, bloodshed, terror and abuse, someone can seriously ask this question and be engaged by otherwise intelligent and sensible human beings as if they can possibly provide a workable answer that men can employ in and of themselves to fundamentally change things. It should be eminently clear by now that mankind can no more stop his destructive ways than lift himself up by his own bootstraps. How long would you listen to a person who instructed you on how to do that?

What is it that makes you think you are so much wiser and more capable than your fathers, going back to the beginning? You believe that peace on earth is possible without the Prince of Peace because you have yet to face the truth about yourselves. You do not think that you are part of destructive mankind. No, you are different, better than others. You are, in fact, “translucents,” illuminated from within.

People, that is a lie. You are being taught in the dark, where lies cannot be seen, but are generated and entertained as “light.” The true Light shines to show you the lie.

There is only one answer for a new consciousness that fosters hope and leads to life. That is the Lord Jesus Christ. He said this: “You must be born again.” He was not talking about an experience or realization of being in touch with your inner self in pure consciousness, whatever that means. He was not talking about joining the Republican Party, or joining a religion, or becoming religious period. He was talking about a wholesale giving up of, and turning away from, yourselves, because turning to and confessing Him as Lord, which is confessing you know nothing except by Him. I tell you that if you do not know Him as Lord, then you do not know anything as you ought. You are not God yourselves, and the time for playing God is over.

Jesus Christ came to save sinners. “The people who walk in darkness have seen a great light. The ones who dwell in the land of the shadow of death, light has shone on them” (Isaiah 9:2). The light comes from God, and not yourselves, contrary to what “translucents” say. You, who claim to be illuminated from within, have found a false light in yourselves. God in the flesh, Jesus Christ, came to heal the sick, those in darkness, and not the whole, those claiming to generate light. You exclude yourselves from Him, climbing the heights in pride and false wholeness, from which you will fall.

“You were wearied in the length of your way; you did not say, Despair! You found the life of your hand, so you were not sick” (Isaiah 57:10).

You are not only part of the problem you deplore; you are the problem. You think to be, and present yourselves as, the enlightened answer of God, while you deny your sin and the Light of all men, Who only can deliver you from sin. How can you be enlightened when you do not confess with your mouths and worship (serve) with your lives the Lord Jesus Christ? You are held more accountable for your sin and rebellion than the ignorant that make no such grandiose claims or presume to have the answer as do you.

Jesus Christ did not die in vain, as your “illumination” from outside of Him declares. He was resurrected from the dead and yet lives to save to the uttermost those who look to Him. Do they not preach that in “St. Paul’s Methodist Church”? Is it not published in your New Age manuals that Christ is illuminated? What other “illuminated” person has raised himself from the grave? Christ died, was raised from the dead, and lives by that same power at the right hand of God. Why are you looking within yourselves for the answers? Can you raise yourselves from the dead? Have any of your teachers done that, and are they now come back to assist you in this monumental task of saving the earth? Yes, there are deceiving spirits that would have you think so: A Course In Miracles, Neale’s Conversations With God, and a host of charlatans that deny the cross and the resurrected Savior of all men, speaking presumptuously as God, presenting their own imaginations in His Name.

And what is your point in trying to save the world, anyway? So that other barbarians and butchers not as wise and kind as you will destroy it? But you save nothing, neither yourselves nor the earth. You are playing with yourselves in your own mental fantasy, no different than believing in leprechauns and lucky charms. The earth goes on being destroyed while you spiritually masturbate to corrupt visions of utopia. You have had lives of ease, and mistake your good fortune as a sign of enlightenment. The poor in spirit have no such pretensions. Those you look down on as unenlightened will and do enter the Kingdom before you.

Arjuna (By the way, what kind of name is this? One to impress us with majestic luminosity?) writes this about his spiritual quest: “I started with the only arena in which I felt I had any real authority: me.” If he was seeking enlightenment, what did he know about himself, or by himself, without Christ? Nothing. The man is a liar. He still does not know anything. The Scriptures say this about his state of authority in self-knowledge:

“The heart is a twisted thing, not to be searched out by man: who is able to have knowledge of it?” (Jeremiah 17:9 BBE)

“For if anyone is a hearer of the Word [Christ] and not a doer, he is like a man studying his natural face in a mirror. For he studied himself and went his way, and immediately he forgot what he was like” (James 1:23-24).

Here is the description given in the Holy Scriptures of Arjuna, and of you, and of every person born of earth, except the One Perfect Man Who was and is God, Jesus Christ:

Romans 3:9-18 MKJV
(9) What then? Do we excel? No, in no way; for we have before charged both Jews and Greeks all with being under sin,
(10) as it is written: There is none righteous, no not one;
(11) there is none that understands, there is none that seeks after God.
(12) They are all gone out of the way, they have together become unprofitable, there is none that does good, no, not one.
(13) Their throat is an open grave, with their tongues they have used deceit, the poison of asps is under their lips;
(14) whose mouth is full of cursing and bitterness;
(15) their feet are swift to shed blood;
(16) destruction and misery are in their way,
(17) and the way of peace they did not know.
(18) There is no fear of God before their eyes.

Unless you are born again by repentance and baptism in the Lord Jesus Christ and His Spirit, and overcome to the end, that is the description of the nature that rules you. Instead of condemning this world (seeing you try to preserve yourselves from the judgment of God on it), you condemn God Himself, in Whose place you think to stand as illuminated beings. He would have you truly illuminated in Christ Jesus, and will! For now, trying to hide your sin nature behind deceptive notions of being illuminated is bullshit. Do you really think God does not know or see you? To Him you are utterly transparent. And yes, He is angry.

There is a horrendous price to pay for these lies, and if you do not believe that, you soon will. Woe to you! The fires are burning hot; they are here to deal with all such blasphemous pretensions. God is finished winking. It is a terrible day for the proud one, but a wonderful day for the lowly that turns to and trusts in his or her Maker, living in His light.

“For with You is the fountain of life; in Your light we shall see light” (Psalms 36:9 MKJV).

Contending for the faith once delivered to the saints, which has since been corrupted into every foul imagination of men, such corruption now to be put away by God’s holy judgment, light, and fire,